Tradition and the Death of Churches 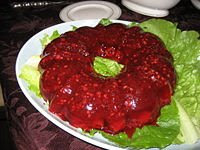 I've only seen a couple local churches on life support, and I've never truly witnessed the death of a local congregation. But I have friends who are struggling with the notion of leaving their local church, and have watched hundreds of other people do it before them, and so I thought I would try to summarize some of the thoughts I've been sharing with them.

Kate and I were a part of a Brethren Church in the suburbs of Columbus for about seven years. The Brethren (not Grace Brethren; the folks I'm talking about are more closely aligned with the old order Mennonites and Amish, but without the funny hats) were and are conservative theologically and in terms of lifestyle. They were good, godly folk, and they did community really well. The issue was that they were in the midst of Yuppieville, trying to reach out to yuppies, and they did so by holding all-church sings and potluck dinners featuring green bean casseroles and jello salad. Nobody came. They also were faintly scandalized and mildly titillated when a member (let's just call him "Andy" as a pseudonym) talked about, say, listening to The Beatles. Suffice to say that one didn't really talk about the roach in the ashtray left over from Saturday night. They had, and have, a base of 50 - 75 folks, almost all of whom grew up in Brethren, Mennonite, and Amish communities and later moved to the big city. Most of their kids are grown up now, and have moved on; either to other churches, or out of the Church altogether. When the generation that founded the church passes away, the church will die. And that will be sad. These are culturally clueless, good people. They drove me crazy, and I appreciate them and miss them.

Then there is our Presbyterian church in Mount Vernon, Ohio. It too will die within the next 10 - 20 years, when the hardliners who care more about being Presbyterian than they do about being Christian pass away. It's the same story. Everybody there (perhaps 100 - 150 people now; down from about 400 when we lived in Mount Vernon) is between the ages of 60 and 90. Their kids and the kids of their kids are nowhere to be found. There are certain traditions -- many of them, in fact -- that have carried on for multiple generations within the church. The women, for example, get together a couple months before Christmas and sew together little dolls that they later distribute to the needy urchins of Knox County around Christmas time. But nobody wants the dolls. They look like something Half Pint would have played with on Little House on the Prairie, and these needy kids want Malibu Barbies. Still, the tradition continues. As does the handbell choir. As does the Kirkin' o' the Tartans, where every year Ohio farmers dress up in Scots kilts and get teary eyed as they reminisce about their glorious ancestors from the Auld Country and bagpipes play "Amazing Grace." They wouldn't let me wear blue face paint. Freedom! Through Christ!

I don't know. The traditions are what they are, and they surely meet some emotional, and perhaps spiritual, needs of those who value them. And as easy as it is for me to make fun of them, there is also a part of me that recognizes that tradition can be and often is a good thing, a way of providing rootedness in an increasingly complex and confusing world. But these churches will die, probably within my lifetime. And the primary reason is because of traditions; ways of thinking and ways of living that are so far removed from most of society that there will simply not be enough people left to carry on once the founding and/or dominant generation passes to that great potluck dinner in the sky.

I do know that if you're a part of something like that it can seem like a slow death. And it's painful, because, regardless of the interpersonal issues and general cultural strangeness, these folks are something like family, and it's hard to let go of family. In those kinds of situations, Kate and I have opted for the easiest and least confrontational way out. We've moved, physically, to a different geographical location. In one case we moved from the suburbs of Columbus to the smalltown America of Mount Vernon, Ohio. In the other case we moved from smalltown America back to the suburbs of Columbus. But we did so, in large part, because of our dissatisfaction with our current church, because of the realization that we were withering away spiritually in the midst of cultural tradition and weirdness.

I've heard some people argue that membership in a church is like marriage, that it is intended to be an indissoluble link that binds people together for a lifetime. And maybe that's the way it's supposed to work. I certainly appreciate the call to faithfulness, in rejoicing in and savoring the good times and toughing it out through the bad times, and I realize that that idea can apply just as much to involvement in a church as it does to marriage. But I don't believe that membership in a church is equivalent to marriage, and I do believe that there is a time to leave a church behind. I don't think such a decision should be taken lightly, but sometimes it needs to be taken. When? When you're withering away spiritually. When you have no support relationally. When your most cherished beliefs are contradicted by and opposed by the beliefs of your local body and/or your denomination. When you consistently feel more depressed and defeated after going to church than you would have if you had slept in, stayed home, and enjoyed a late brunch over Bloody Marys. Any of the above reasons will do, particularly if they continue for a long period of time.

In any case, I'm hoping for jello salad in heaven.
Posted by Andy Whitman at 11:27 AM

I can relate to this, Andy. I attended (an unnamed, to protect the innocent and guilty) south-side church in the '80s - a church I was so out of tune with, intellectually, spiritually, and in any other way I can think of, that it was like a torturous, weird co-dependent relationship. I was relieved when I broke free of it.

On the other hand, little growth can transpire when you attend a church that mostly mirrors what you
already believe. A church that challenges you within the context of the most profound, basic beliefs you hold fast to seems the best one can hope for.

Well said, Andy. I've had a similar process occur in some churches. I think it's a delicate balancing act (and what isn't?). If a church has become stagnant and inbred, then what good is it doing? If the congregation is mourning religion rather than celebrating it, it can suck the life out of you. On the other hand, there's an equal danger (as you mention) in church-hopping too quickly or too frequently. By doing that, you're denying yourself the chance to build any real community and experience the joy and accountability of really knowing your fellow worshipers.

There's also this funny cultural phenomenon that spans generations, where one generation's style of worship slowly dies out with them, while their children seek new forms of worship that they connect with. I've observed the process in a couple churches; it's a process that's both sad and hopeful at the same time - that old seasonal change of winter to spring and back again.

I'm curious. Are you referring to the so-called "plymouth brethern"? If so, your journey mirrors my own. I grew up with the brethern, even went to their lone Bible college. Now I'm serving as a youth pastor at a Presbyterian church.

The same frustrations I had with the brethren I have with the Presbyterians. Both groups are more interested in their distinctives and carrying on their "way of life" than leading others to life in Jesus. (I should add the caveat "in my experience" to that last statement. I hope it doesn't characterize either movement as a whole.)

Thanks for putting this out there.

Not that it matters much, but we actually went from megachurch to heartily denominational church, wooden pews, candles, hymns, and all. And there are at least as many babies being born under the roof of this church (not literally, thank God) as under that big tent. I hope when we as a culture made the collective post-denominational turn (and I did with it, I admit) we knew what we were ditching and why.

One of the fastest growing denominations in the country is the Orthodox church, which has the oldest traditions of all. . . .