What's the word for the quality of being an asshole? Assholicity? Assholishness? Sin? The latter is an old-fashioned one, but perhaps still serviceable.
This may be the weirdest musical commentary you ever read, but basically I look for songs that exhibit assholicity. They are the Holy Grail of the musical world for me. I look for them not so much because they cut to the chase, but because they cut away from the chase. The chase, in this case, is everything and everyone that distracts you from an honest look in the mirror. The chase can be the pursuit of love, or just plain sex; money, power, greed, that ephemeral buzz that numbs reality or gives you a false sense of well-being. It can come from working too much, or shopping too much, or watching too much TV. Even listening to too much music. Ultimately, it's whatever pulls you away from the metaphorical mirror.

I think that's the reason I love Jason Isbell's album "Southeastern" so much. It's a case study in assholicity. It's a long, hard look at the wreckage of a life. I live for albums like that -- and books like that, films like that -- at least as long as they don't become ends in themselves. Because they remind me to look in the mirror.

In 12-step programs, the fourth step is deceptively simple: "Made a searching and fearless moral inventory of ourselves." That's it. It can take you a lifetime to get it right.

Here's Jason Isbell's musical take on Step 4: Drank way too much. Behaved like a jerk. Lost a wife.

Posted by Andy Whitman at 12:12 PM No comments: 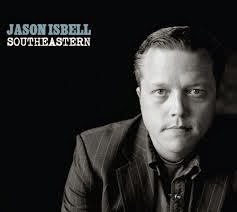 The biographical details surrounding this album – alcoholism, rehab, the implosion of a marriage, cautious hope, new love – are well chronicled. Jason Isbell is too savvy of a writer to dwell in straight-up autobiography, and it’s worth noting that on this album the first-person narrative can’t always be assumed to be about the songwriter. That said, some of these details are too harrowing to come from anyplace other than the deepest, darkest personal experience. This is confessional songwriting at its best, sung by a soulful choirboy, and there isn’t a maudlin note, or a note of self-justification. This is a Portrait of the Asshole as a Young Man. And an artist. That, too.
Posted by Andy Whitman at 11:13 AM 3 comments: