If I argue with a loved one, Lord,
Please make me the winner.

It occurs to me that Loudon's story, which is pretty close to mine, isn't true of my Thanksgiving celebrations anymore. I'm thankful for Kate's family, the whole multi-generational, mostly functional bunch, with whom I've been privileged to share the Thanksgiving holidays for the past 28 years. 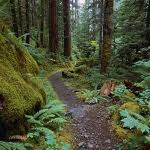 Walking to Nowhere, at the Image Journal blog. 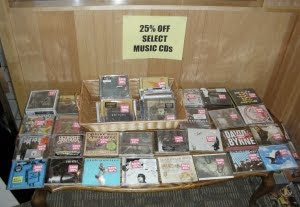 And being there was actually pretty fun. I had originally intended to set aside four hours of my Saturday to make this happen. The reality is that people continued to stop by all weekend. I sold about 600 CDs, and made some money. But the best part was interacting with the 50 or so people who stopped by, music fanatics one and all. It was like living the part of Rob Gordon in "High Fidelity," but without the attendant snarkiness.
A woman who runs an online business stopped by and wanted to buy the rest of the CDs. Aside from offering a ridiculously low price on the CDs, I didn't want to deal with her because she knows nothing, and cares nothing, about music. As ridiculous and pathetic as it probably sounds, I want these CDs to go to good homes. So I turned down her offer. I'll probably do Round 2 of the Great CD Blowout Sale on December 11th. You all are welcome to venture to central Ohio and participate. I'd love to see you.
Posted by Andy Whitman at 12:53 PM 3 comments: 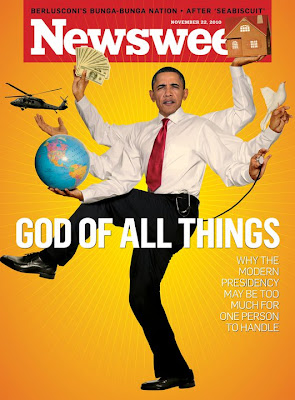 The crazies have had it wrong all along. Obama isn't Muslim. He's Hindu.
Posted by Andy Whitman at 9:01 PM 1 comment:

The Drive in Fundraising Drives 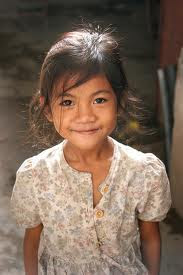 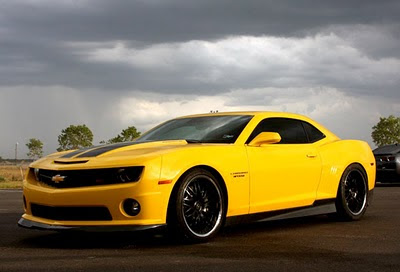 Okay, you all have heard these kinds of pitches before, so I'll make it short and sweet. There's desperate in Ohio, which might mean financially straitened circumstances, and there is desperate in Cambodia. They are not equivalent. Not even close.

Twenty-five percent of the population -- over two million people -- were executed during the Pol Pot regime. The country has never recovered. There are tens of thousands of orphans in the country, and they face a certain future. Shouldn't that be uncertain?, you might ask. Nope. If the orphans are girls, they are sold into sexual slavery. It's just what happens.

Asia's Hope, run by my friend John, feeds, clothes, shelters, and loves on these kids. It's a grandiose claim -- the hope of a continent, for God's sake -- but knowing what happens with these kids, and knowing what might have happened to them instead, is enough to break my heart and fill me with great, great hope. Enough to fill a continent? I don't know. It's enough, though.

You can help them raise $100,000, which will also considerably raise the hope levels of quite a few kids. Some lucky person will win a new car. It's kind of like playing the lottery, except this time if you lose you're helping kids stay alive, and you're hoisting the grand middle finger of hope to anyone and everyone who would exploit these kids. It's a pretty great deal. You can't and you won't lose.
Posted by Andy Whitman at 7:46 PM No comments: 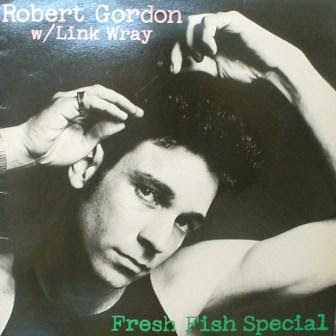 Thomas Wolfe, Then and Now 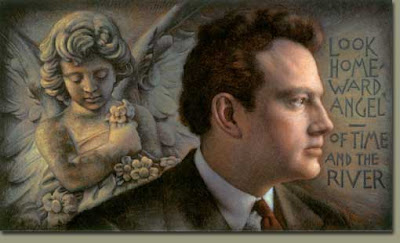 You really can' t go home again. No, really. At the Image Journal blog.
Posted by Andy Whitman at 8:34 AM No comments: