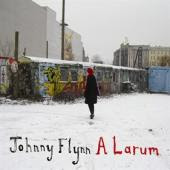 Some new folkie releases that have impressed me …

Johnny Flynn and The Sussex Wit – A Larum

English boarding school alum, former choirboy, and erstwhile Royal Shakespeare Company actor Johnny Flynn goes slumming on his debut album, adopting a Dickensian ragamuffin persona that is so engaging that you quickly forget that he’s never gone dumpster diving in his life. There are echoes of Trad stalwarts throughout – Martin Carthy and Mike Waterson in the singing, Bert Jansch in the supple guitar work – but Flynn is no retro iconoclast, and his biting social commentary owes more to Billy Bragg than Billy Billington. The Sussex Wit, Flynn’s backing band, unleashes a frenzied Pogues approximation behind him. Alarum – a Shakespearian term for general mayhem – is a fitting title for an impressive debut. 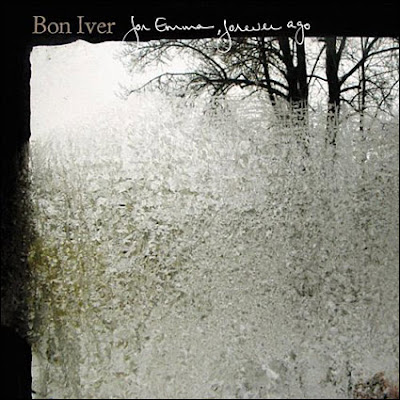 Bon Iver – For Emma, Forever Ago

I’m late to this party, but I’m still glad I crashed. Bon Iver is the nom de mope of Wisconsin folkie Justin Vernon. His independently released debut album is still the highest-ranked release of 2008 according to the review aggregation site Metacritic.com.

Which, frankly, makes me want to hate it. The backstory is enough to gag a moose: sensitive folkie breaks up with girlfriend, retreats to deserted cabin in the vast primordial wilderness, ventures out periodically to shoot next week’s dinner, and spends three months in isolation exorcising his romantic demons via a gently strummed acoustic guitar and quavering falsetto. He’s sensitive, he’s rugged, and he’s got the Paul Bunyan beard to prove it.

And so it is with some consternation that I admit that the album is actually pretty good. Not great, but good. When Vernon picks up his ax, er, guitar and starts crooning in that wounded falsetto, it’s easy to forgive the hype. The songs – full of bleary fatalism, regret, anger, and resentment – sound conflicted, immediate, and honest. This is what real people feel when they are in the midst of a devastating breakup. The vulnerability is only heightened when Vernon resorts to his best trick; double and triple tracking his vocals to produce a sort of ghostly wilderness choir. And yet it has to be said that Vernon’s impressionistic lyrics are embarrasingly awkward at times. “This is not the sound of a new man or crispy realization,” he sings on the closing denouement “Re: Stacks.” Sorry, but that sounds like a crispy realization to me. Still, what’s here is impressive; a quietly desperate Valentine to damaged human beings sung in an eerily lovely, damaged voice. 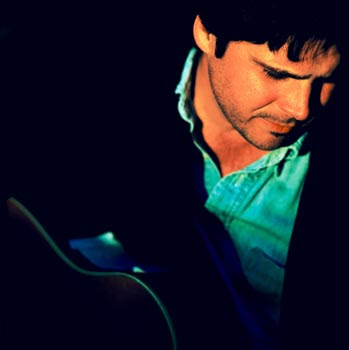 This is album number six for Slaughters, Kentucky native Chris Knight, and he does what he’s done the previous five times out: write and sing like a young Steve Earle before Steve left the narratives of small town scrappers and losers behind him to take up the larger concerns of the big city and big-city politics.

Chris Knight doesn’t care much for big cities or politics. His hometown, pop. 200, is all that’s left of what was once a thriving coal mining community. The coal is long gone, there aren’t any jobs, and now Jethro and Ellie Mae are liable to be cooking up a batch of meth out on the bucolic Back 40. The rootsy twang that dominates most of these songs will call to mind Ryan Adams in alt.country mode, but the songwriting is sharp, detailed, and acerbic, and if you’ve heard this music a thousand times, and you have, you haven’t met these characters before. Best of all is the devastating “Crooked Road,” the tale of a man who has lost his son to the mines and his wife to sorrow, and who now travels the circuitous mountain highways, trying to get somewhere, anywhere, all the while cursing everything in sight:

Chris Knight is the best Steve Earle acolyte going, and for the past half decade he’s been better than Steve Earle. 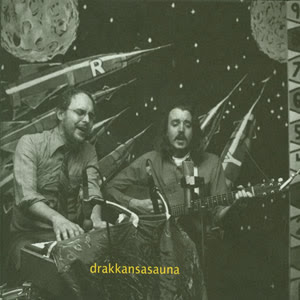 Drakkar Sauna -- Lawrence, Kansas folkies Jeff Stolz and Wallace Cochran – have impressed me with their first two albums of original material, which have a timeless Weird Old America quality that wouldn’t have sounded out of place on a Harry Smith Folkways compilation from the ‘30s Dustbowl. Here the album’s subtitle proclaims that they “Faithfully Sing Songs of the Louvin Brothers,” and that’s what they do, offering nine by-the-book covers of the songs of Ira and Charlie Louvin, who pretty much defined Weird Old America. Thanks to the early ministrations of Gram Parsons and Emmylou Harris in my life, I’m on a mission to collect every Louvin Brothers recording and every Louvin Brothers cover I can find, so this album fits the bill quite nicely. The performances are reverent, albeit a little too close to the originals to warrant much attention.

Still, the greatness and strangeness of these songs – equal parts gospel piety, fire and brimstone sermonizing, and hypersensitive insecurity – cannot be overemphasized. “Honest darling, I’m not teasing when I say you are the best/Don’t laugh, don’t laugh” Ira and Charlie wrote on one song. The next they were threatening nuclear conflagration for all unrepentant sinners. Drakkar Sauna capture the ambivalence and incongruity just fine.

Our off and on again band/collective (for 15 years now) covers 8 Chris Knight songs. We cover one Steve Earle song.

I lived in Eastern Ky. It is what it is, and what it is - is a Chris Knight song.

BTW, Andy -- I really recommend the Paul Thorn gig at Stuart's in Nelsonville, this Thursday....

Chris Knight is an amazing songwriter and he rarely dissappoints me. I can't wait to hear a new CD, but this is the first I've heard of it. There's no mention on Chrisknight.net either. Anyone know a release date yet?