The Gospel According to Jethro Tull 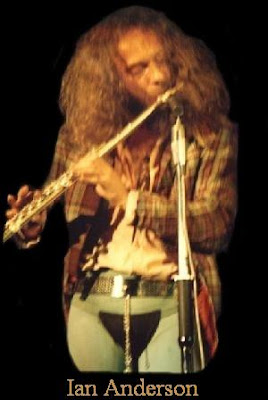 Between 1971 and 1973 Jethro Tull released three albums – Aqualung, Thick as a Brick and A Passion Play. Those albums made me question everything. They were a bad influence. My mom, if she were alive, would probably tell you that those albums turned me into a cynical atheist druggie. And she’d be at least partly right.

In 1971 I was in tenth grade. Having persuaded my parents to let me quit the Catholic schools that I had attended for eight years, but unable to convince them to allow me to drop my religious affiliation altogether, I was unwillingly escorted to weekly Catholic CCD classes. CCD stood for Confraternity of Christian Doctrine, which was a high-falutin’ term for high school education classes for Catholic kids who didn’t attend Catholic high schools. And I couldn’t escape. Every Sunday evening my dad dropped me off at Greg and Terri’s house. And I and a group of my friends spent two hours getting educated. And how.

Greg and Terri were English teachers at my high school. They were husband and wife. They had a last name, but we weren’t supposed to refer to them by their last name. They were Greg and Terri, and they were probably all of about 24 or 25 years old themselves, and they were the leaders of our little band of nomadic spiritual searchers, which was called TAG, which was short for Talk About God. Very hip. And we did talk about God. We also smoked pot with Greg and Terri, which sometimes made us philosophical, sometimes silly, and usually we would put on Jethro Tull’s Aqualung album and ponder the total heaviosity of it all.

And Aqualung quickly achieved total heaviosity for all of us. This is what Ian Anderson sang:

We would listen to that, and then Terri would look up from her stoned reverie and pronounce, “Okay, Talk about God!” One could argue, perhaps somewhat convincingly, that this was perhaps not the kind of spiritual fodder that was likely to produce holiness and reverence. But we ran with it, and had some relatively unconnected, lethargic conversations about how God was seen in nature, you know, in a beautiful sunset, and how God wasn’t about form and pomp and circumstance and all that boring bourgeois shit (Greg and Terri being the kind of people you could say “shit” around), but was rather really into freedom and, you know, love and beauty.

Greg and Terri would nod approvingly and smile. It was a happy time.

So by my junior year I was a big fan of the TAG group. That was the year Thick as a Brick came out, and Thick as a Brick was the mother of all rock albums, a forty-five minute magnum opus, a genuine concept album that consisted of, dig this, one song that had like multiple suites. It was symphonic. It was breathtaking. It was about God only knows what. Naturally, it was prime fodder for our TAG discussions.

In truth, although we all knew that Thick as a Brick was a concept album, none of us could ever quite figure out the concept. It started out like this:

Really don't mind if you sit this one out.
My words but a whisper – your deafness a shout
I may make you feel but I can't make you think.
Your sperm's in the gutter - your love's in the sink.
So you ride yourselves over the fields
and you make all your animal deals
and your wise men don't know how it feels to be thick as a brick.

We thought that line about sperm was some pretty daring shit, and concluded that God would probably approve. But beyond that we really weren’t sure what to make of lines like “So where the hell was Biggles when you needed him last Saturday?” We researched Biggles, looking for the esoteric clues that had been hidden from us all these years by the stuffy, bourgeois clergy.This was The DaVinci Code of its day. Nothing. Biggles appeared to be a made-up name. Nevertheless, we continued to listen to Thick as a Brick, pretty much every week, and we contemplated its anti-war message (that much we were pretty sure of), and considered how much God hated the U.S. presence in Vietnam.

TAG, Year 3, was the year of A Passion Play, the most overtly religious statement from Jethro Tull yet. Greg told us that it was about hell, which seemed reasonable since the word “hell” appeared in the lyrics about 47 times. So we contemplated this rock ‘n roll version of Dante’s Inferno (Greg and Terri again coming to the rescue and reminding us that in addition to their theological insights, they were also English teachers). Ian Anderson sang:

Flee the icy Lucifer. Oh he's an awful fellow!
What a mistake! I didn't take a feather from his pillow.
Here's the everlasting rub: neither am I good or bad.
I'd give up my halo for a horn and the horn for the hat I once had.

They don’t write ‘em like that anymore. Well, this was heavy stuff indeed, hats and feather pillows and nasty old B.L. Zebub himself, and we had a ripping good time dissecting the theological implications. Greg had also located a seemingly endless supply of Acapulco Gold, which helped set the mood.

And that was my high school religious education. I went off to college as a full-blown atheist, ready to argue at the drop of a hat (bishop’s miter or otherwise) with any foolish, naïve Christian who crossed my path. A few years later, having begun to understand my own inability to fix my fucked-up life, I played Aqualung again. Ian Anderson sang “I don’t believe you, you had the whole damn thing all wrong/He’s not the kind you have to wind up on Sundays” and it sounded completely different. This time it actually sounded like it might have something to do with my life. I don’t know what happened to Greg and Terri. I never saw them again.
Posted by Andy Whitman at 3:41 PM

Good stuff, Andy. Surprised you didn't include this:

Thanks for the trip down memory lane, Andy. I actually lost interest in Jethro Tull before Passion Play, but I still remember the air-guitars and head-banging in the car (a la Wayne's World) as we listened to "Aqualung", and that wonderful flute line at the end of the "Thick As A Brick" chorus. And also being young musicians who patted ourselves on the back for figuring out that "Living In The Past" was in 5/8 time.

I picked up This Was on CD last week. A perfect album of good old-fashioned bluesy rock. I wish their recent albums sounded something like that.

I liked Crest of a Knave. Is that bad?

"She said she was a dancer. If I believed it, it was my busines
She surely knew a thing or two about control..."

Michael, "This Was" was released in 1968, so there have been 40 years of more recent albums and several stylistic changes along the way. The first three albums (This Was, Stand Up, Benefit) are definitely influenced by the blues. They're good, but I prefer the three albums I mentioned in my post, at least partly because of their overblown (both figuratively and literally when it comes to Ian Anderson's flute) literary and musical conceits. They're everything that was wrong with the early '70s (concept albums, multi-part suites, self-important lyrics), but in spite of that they retain a soft spot in my heart. They just came along at the right time for me. "Thick as a Brick" is the first album that I can recall listening to over and over again, puzzling over the lyrics, believing that I was hearing some magnum opus that was on par with the greatest music of western civilization or something. Of course, I was sixteen. Albums tend to have that kind of impact at that age. I don't think that now, but I still like "Thick as a Brick," in particular, quite a bit.

I like the concept albums, too. I've listened to Aqualung, Passion Play and Thick As a Brick a gazillion times over the years. But, that late '60s sound just sounded so GOOD; I don't think they were ever able to recapture it (or maybe didn't try to).

In addition to many other Tull albums, I also dug Ian Anderson's mid-'80s solo lp, Walk Into Light.