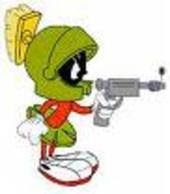 Here's the full press release for Paste at the Gamma Awards.

-- Decatur, GA (May 9, 2008) – Paste magazine took home top honors for the second consecutive year, “The Grand GAMMA Award,” along with nine other awards, at the 19th Annual GAMMA Awards. The GAMMA Awards are put on by MAGS, the Magazine Association of the Southeast, to recognize excellence in magazines based in the region. Paste’s impressive showing at the GAMMA Awards comes on the heels of their 3rd consecutive PLUG Award win for “Magazine of the Year,” their Eddie Award for “Best Entertainment Magazine” and their recent nomination for a National Magazine Award.

“We are both thrilled and humbled that our colleagues at MAGS have bestowed upon us such a broad range of honors,” said Paste Editor-In-Chief Josh Jackson. “From our content and design to our expanded offerings on the web, we’ve been working hard in many areas to make Paste even better. To be recognized in all of these areas only fuels our passion to keep going.”

Paste’s honors at the 2008 GAMMAs include:

“Paste achieves what so many publications aspire to," a judge noted. "It manages to be edgy without being alienating , and opinionated without being snobby." For more information, or to speak with a representative from Paste, please contact: amy@rosengrouppr.com or 212-255-8455 x 237.

Paste Magazine is the fastest growing independently published entertainment magazine in the country. Called “the best among American music titles” by The Wall Street Journal, a 2008 National Magazine Award nominee and recently named "Magazine of the Year" at the 2008 PLUG Independent Music Awards for the third year in a row, Paste provides thoughtful analysis on the best in film, books and other aspects of popular (and alternative) culture. Paste is the premier magazine for people who still enjoy discovering new music, prize substance and songcraft over fads and manufactured attitude, and appreciate quality music in whatever genre it might inhabit. Now in their sixth year, Paste has grown quickly with international distribution in over 12 countries. Paste is available on newsstands all over the U.S. and Canada.
Posted by Andy Whitman at 9:00 AM