Too Much Music -- C Edition

Today's installment is brought to you by the letter C. There is a lot of mediocre music out there. This is some of it, of fairly recent vintage. None of it is terrible, and it might be worth a listen or two. Or not. Members of The Cave Singers can claim a great but underappreciated punk band as part of their legacy -- Seattle's Pretty Girls Make Graves -- so I had high hopes for this Americana incarnation. Alas, two chords may make for bracing punk anthems, but they quickly grow tedious as the foundation for front-porch hootenannies. Lead singer Pete Quirk has a Stevie Nicks ovine bleat that he almost compensates for through an abundance of raspiness and soulful energy, but in the end there's too little variety in the songs. And when you focus on a genre known for pickin' and grinnin', it helps to know how to pick. 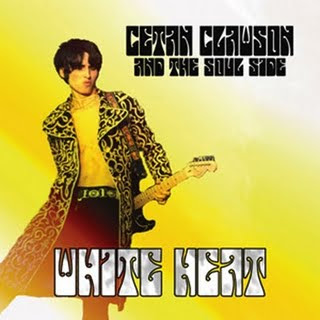 Cetan Clawson and the Soul Side -- White Heat

Lord knows we need another guitar god, another Clapton or Hendrix. The closest we've had for a while is Jack White, but he's not really given to 5-minute solos, so he doesn't quite count. So here is young Cetan Clawson, all of 17 years old at the time his debut album was recorded. The good news is that Cetan rips off dazzling 5-minute solos, plays behind his back, and plays with his teeth. The bad news is that he really, really wants to be Jimi Hendrix; not a bad goal in and of itself, but a bit of a problem when he covers "Killing Floor" and "Voodoo Chile" and comes up the loser in the comparison. More problematically, his originals are often direct Hendrix knockoffs, with "Short Fuse," a note-for-note cop of "Let Me Stand Next To Your Fire," as the most egregious offender. Maybe by the next album Cetan will find his own voice. But the kid can surely play. 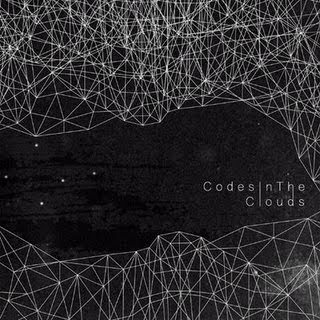 Codes in the Clouds -- Paper Canyon

More instrumental post-rock sturm and drang. I've heard this hundreds of times now, and hearing it again doesn't do much to alter the fact that I find this music increasingly tiresome. It's certainly pretty. It's soft. Then it's loud, very loud. Repeat x 6. On the up side, Codes in the Clouds get to those soaring crescendos faster than most of their counterparts, and the first four songs are in the commendable three- to six-minute range, thereby skipping most of the soporific buildup. On the downside, these Dartford, Kent UK brooders are simply fifteen years too late. Perhaps they were contemplating their navels and just missed Mogwai, Sigur Ros, Mono, and Do Make Say Think. 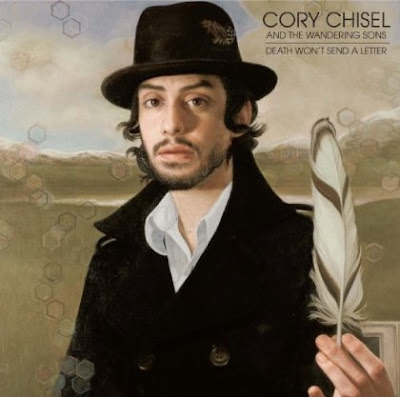 In this case, the whole is less than the sum of the parts. Appleton, Wisconsin troubadour Cory Chisel is gifted. He's got a supple, soulful voice. And he's got a sympathetic backing band that can rock out when needed, but otherwise lays down tasteful, unobtrusive Americana that doesn't get in the way of Chisel's well-written lyrics. So what's the problem? Maybe it's the feeling that these are write-by-the-numbers Starbucks odes that will provide the perfect background music for your lattes. Or maybe I'm just being tired and cranky. In any case, he's Mr. Sensitive Troubadour #7,843. He's okay. He sounds like every other M. Langhorne Bright Cutie I've heard in the past few years. Next.
Posted by Andy Whitman at 8:25 AM

Thought you might want to know that FatCat records has posted two new songs from Frightened Rabbit's forthcoming album:

They played them both in Birmingham when I saw them a few weeks ago. Excellent stuff, I'm very excited for the follow-up to Midnight Organ Fight.