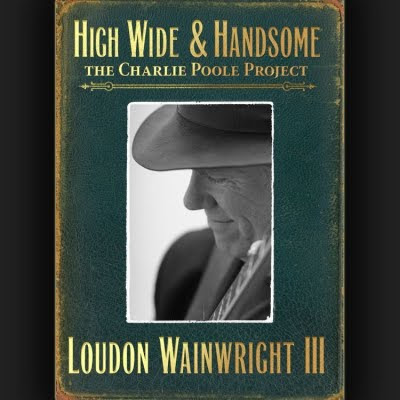 This one's a lot of fun, although it will leave a lot of Loudon's longtime fans scratching their heads. But hey, kids, the 1930s and Depression-era stringbands are cool. And it's fascinating to hear Loudon eschew the ironic, smartass approach. Some of these songs are so treacly sweet that they will raise your blood sugar after just a few bars.

Charlie Poole, it turns out, visited more than a few bars himself, and he lived out the short, dead-at-39 self-destructive melodrama that would later be followed by Hank Williams and a hell-raising host of country outlaw musicians. But his songs are really fine, and swing like crazy, particularly when ace fiddlers and mandolin pickers like David Mansfield and Chris Thile latch on to them, as they do on most of these tracks.

The whole dysfunctional Wainwright family -- son Rufus, daughter Martha (who once wrote a song dedicated to her old man called "Bloody Mother Fucking Asshole"), and musical ex-wife Suzzy Roche -- is on hand as well. And Loudon contributes a handful of originals that are impossible to distinguish from Charlie's old material.

High Wide & Handsome is a fine tribute to a criminally unknown minstrel, and it's another gem in Loudon's criminally underappreciated catalogue.
Posted by Andy Whitman at 12:42 PM

I never heard of Charlie Poole until now. I went to Amazon.com and bought one of his albums. Talk about impulse buy.