Country Music in the Aughts 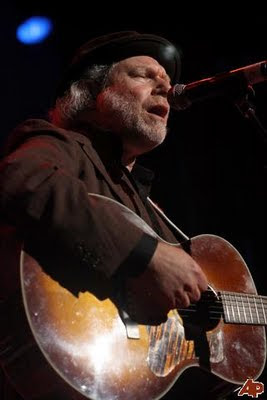 I don't follow mainstream country, so I have no idea what's happening in Nashville. That said, I think there are many artists in the aughts who have made stellar country music. "Country," in this case, refers to any music that has a twang, and that roughly falls into the general categories of country, alt-country, and roots music. If it sounds like country to me, it is, regardless of marketing demographics.

Favorite/Best Artist of the Decade

Buddy Miller, without a doubt. He's been consistently excellent, whether recording solo albums, recording duets with wife Julie, or contributing as a sideman to the work of countless other artists. If Buddy's involved, chances are it's good-to-great. He's got the Richard Thompson (another country artist, although his country is England) triple threat going: great songwriter, great guitarist, great singer.

The Old Farts Still Have It

Kudos to Willie Nelson, Merle Haggard, Emmylou Harris, Steve Earle (minus half the material recorded during the Bush administration; GW was not kind to Steve's creativity), Loretta Lynn, Paul Burch, The Bottle Rockets, Calexico, Old 97's, Willard Grant Conspiracy, Son Volt, Dave Alvin, Chris Knight, Drive-By Truckers, James McMurtry, and Webb Wilder. Some are a little longer in the tooth than others. But they've all been around for multiple decades, with no real diminishment of quality.

Most Disappointing Artist of the Decade

This will be disputed, no doubt, but Lucinda Williams takes the black ribbon. She's recorded one very good album (World Without Tears), one mediocre album (Essence) and three stinkers (West, Little Honey, Live at the Fillmore). She can still muster up a wondrously raw, plaintive sound. But she's forgotten how to write songs.

I still think Hayes Carll's song "She Left Me For Jesus" is one of the best country songs to never get played on country radio.

Hey you did leave one off your list. What about Kelly Willis? She only had 2 releases in the decade but they were good ones.

Thanks for including Paul Burch as well. Hugely overlooked artist.....

Let me add to the inevitable how-could-you-possibly-leave-X-off-your-list vibe by expressing downright astonishment that Todd Snider is nowhere to be found. By my lights, he's one of the finest songwriters around these days. And he certainly has that twang...

I've never heard Thad Cockrell or Caitlin Cary, but the other four of your top five are among my favorites of the decade, too. I was a casual fan of Kathleen Edwards until seeing her live a few months ago. She played for more than two hours, told dirty jokes between songs, and sipped a tall glass of whiskey, and by the end of the night I was really smitten -- with her and her songwriting. "Run," from the newest record, is just about a perfect song.

i thought lucinda's 'essence' was excellent, in particular, 'i envy the wind', 'blue', and 'lonely girls.' i don't know if i would classify eleni mandell as country, but sometimes she crosses over into that and 'miracle of five' was pretty awesome. i know you're a fan of that one too.

I bet they'd all get a kick out of being called the "old farts."

Yeah, it's a general term of endearment. But they're not young farts. They've all been at it for a long time. For the purposes of this post, "old fart" is anyone who released an album before the year 2000.

I'm with Gar on Hayes Carll!

Now that's a post I can relate to in total. I've been quite disappointed in Lucinda's releases over the last years, and it's too bad.

Buddy is definitely the it guy. No Depression named him their artist of the decade before they left the print medium behind, and I was impressed!

Another kid to watch: Kasey Chambers or Kasey and her husband, Shane Nicholson. Kasey had a couple of good albums, then a slam-dunk with "Rattlin' Bones."

I completely agree about Kasey Chambers and Shane Nicholson, Nat.

Kasey's the better known of the two, but Shane is a very underrated singer/songwriter. His 2003 album "It's a Movie" has nothing to do with country (Americana, alt-country, whatever), but it's a really fine pop album in the spirit of Crowded House/Neil Finn. There's something about those Australians and New Zealanders. They seem to have been born with the capacity to write better melodies than most folks born in the northern hemisphere.

I have Shane's album and I used to play it on the overhead at Borders before the stored opened in the mornings. One of my coworkers told me that he never heard this Neil Finn cd before. I loved "It's A Movie," but almost nobody else even heard of it.

OK used your favs list to look for some new (old) music I hadn't heard - tried out Buddy Miller, old Neko case and Gillian Welch. Just couldn't get into this Neko (like her newer one better), really really wanted to like Buddy Miller but didn't compel me but am enjoying again and again Gillian Welch. Have to get me some more. THanks.

Andy, a fine list, as always. I join you in your appreciation of Kathleen Edwards. Maybe because her latest album is the first one I owned but I prefer it to 'Back To Me'. I don't know a song as disturbing and sorrowful as 'Alicia Ross' - and I want to hear it over and over. Ms. Edwards actually lives a couple kilometres away in my city!

And thanks again for introducing me to Southeast Engine. Love 'em. What about Mindy?