Bob Dylan - Christmas in the Heart 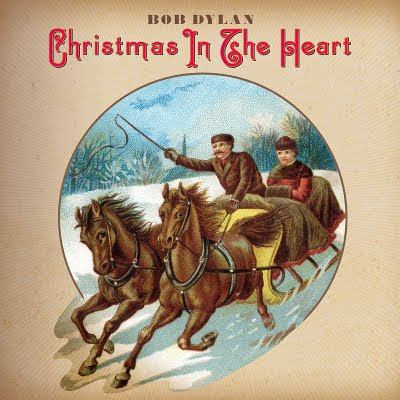 It strikes me that the way one hears this album is very much dependent on the assumptions one brings to the holiday table. Some reviewers give Bob a pass for his charitable inclinations. And certainly donating the proceeds to charity is a noble gesture. Other reviewers have given him a pass because, hey, it's a Christmas album. 'Tis the season to be jolly. Still others have reveled in the contrast between the polished schlock (backing choir consisting of the heavenly host) and the gruff bark of Dylan's "singing."

For what it's worth, I have nothing but admiration for Dylan's charitable goals. And yeah, it's a Christmas album, but that's admittedly a genre that doesn't do much to inspire holiday cheer in me in the first place. However, I do take issue with those who find value in the overproduced schlock/ragged yelp contrast. At its best (e.g., the early albums of Tom Waits), bombastic and ragged can work wonderfully together. The impossibly romantic strings and Waits' gravelly musings could conjure a world of poignancy and sadness. This was love on the wrong side of the tracks, and Waits' cast of losers was illuminated movingly by the raw vocals and the sometimes saccharine nature of the musical accompanment. Waits' cover of "Somewhere (There's a Place For Us)" from Bernstein's West Side Story was such a moment. This was the high melodrama of the Broadway musical, all right, but it was being performed way, way off Broadway, and it was sung by someone who sounded like he was launching his big aria while holding a brown paper bag and slouching against a dumpster. It worked, and it worked beautifully. But it worked because of the inherent tension in the songs, because the desperate optimism and hope of Bernstein's music and Sondheim's lyrics met the dead end of Waits' shattered vocals.

In contrast, Dylan sounds like your old, sloshed uncle banging away on the family upright piano and belting out some familiar carols, with the added "bonus" of production and accompaniment right out of a Cecil B. DeMille biblical epic. It's a horrendous idea horrendously executed, incompetence meeting unvarnished hokum. Sorry to be such a Scrooge, but your holidays will be so much brighter if you just skip the music. Donate the money to the charity of your choice.
Posted by Andy Whitman at 10:24 AM

I keep going back to Must Be Santa. It's like watching a bad accident evole. The Mitch Miller influence. The horror!

I got the album for my birthday this weekend. I understand what you are saying Andy, but I can't help but like it. I grew up listening to those Christmas albums they gave away at Firestone. The ones with a mishmash of performers like Perry Como and Andy Williams and all of the arrangements are just like the one on the Dylan album. Maybe Bob had those albums, too. I still drag those out at Christmas time because they remind me of my childhood and I'll play Bob's right along with them.