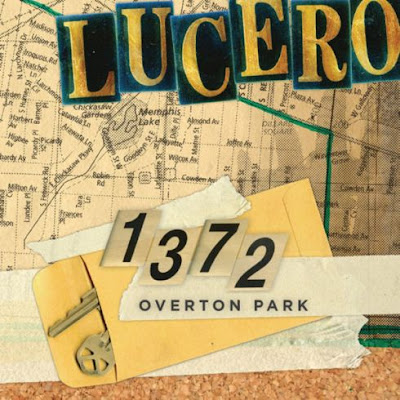 This may very well end up as my favorite rock 'n roll album of the year. For those familiar with Lucero's previous work, 1372 Overton Park may come as a sonic surprise. The earlier roots/alt-country influences are nowhere to be found, replaced here by no-frills bar band rock 'n roll. It's the kind of thing The Replacements excelled at during the '80s, and Ben Nichols and company prove themselves worthy heirs to that PBR-soaked tradition. The horn section -- an object of worrisome concern among some longtime Lucero fans -- is actually a great addition. Think The Boss circa The Wild, The Innocent, and the E Street Shuffle, and you'll have your sonic bearings. Nichols is a wordy, hyperkinetic motormouth, and the band backs him up with gritty guitar work, slamming drums, and yes, swaggering horns a la The Big Man.

This is intelligent music that rocks like crazy, and Craig Finn and The Hold Steady have some worthy competition for the Best Boss Acolyte of 2009 award. And they've recorded an album that is a far sight better than what The Boss has delivered this year.
Posted by Andy Whitman at 10:17 AM