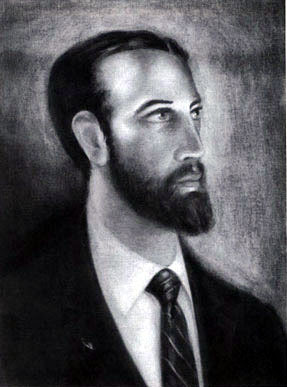 Back when I lived in the conservative midwest bastion of Mount Vernon, Ohio, I was a member of a board of elders at a mainline Protestant church. We elders took our jobs seriously, and every month we debated whether it was worth paying the same old guy $125 to shovel snow from the church sidewalks and parking lot, or whether it was worth looking for someone else to serve as part of the Snow Ministry.

Occasionally -- maybe once or twice per year -- somebody brought in a real suggestion that had ideological implications, and that's when things heated up, as they are wont to do once ideologies enter the mix. And one day, one of the elders suggested that we bring a program into the church called Jesus the CEO, the gist of which was that Jesus was the greatest organizational leader the world had ever seen, and that by following his policies and techniques we would expand our church membership, attract new and vital interest from the Younger Generations[TM], and enhance the church coffers.

At first I thought it was a joke. It was not a joke. The aforementioned elder, and several other members of the board, were dead earnest. Our church was failing because we had neglected sound business principles in its operation, business principles established by Jesus, our Lord, Savior, and yes, CEO.

I pointed out that Jesus' leadership style took in attracting the dregs of society, the dubiously impractical business model of leaving the 99 behind and searching for the 1 who was lost (what was the cost/benefit ratio on that one?), and a disastrous close-the-sale deal involving a crucifixion and the flight of his closest followers, and that was made right only by the whole resurrection bailout.

In short, I was not in favor of the Jesus as CEO paradigm. They went ahead with the program anyway. I don't know if it was the last nail. But it was a nail in the coffin. It was time to go. And we went.

Michael Moore, provacateur, pest, and amazingly entertaining guy, is about to release a new film called Capitalism: A Love Story. In it he interviews several members of the clergy, all of whom avow that the basic principles of capitalism are incompatible with the basic principles of Christianity. That's Michael Moore, and he stacks the deck. Nevertheless, we're about to have the Jesus the CEO debate all over again. I'm just giving you fair warning. Me? I figure that I still need to be rescued from a failed project. I'm way behind schedule, and I've missed several critical milestones. I need a CEO who rewards me not on my merits, but in spite of my screwups. It's not very Darwinian of me, but I'm hoping for a non-Darwinian solution.
Posted by Andy Whitman at 12:59 PM

He's having supper with the upper management of the new regime/He's in a new jacket, tax bracket, sandals and a dark pair of jeans/He's got deductions right on down the line/dependent claims on all of mankind...
-Loose Fur - The Ruling Class