When Did Editors Start Doing Their Jobs? (or Shirley, You Jest) 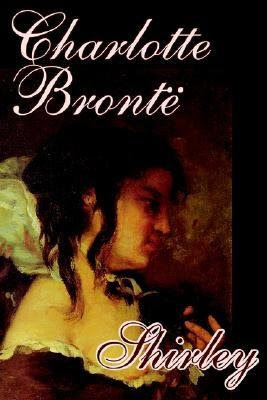 In my ongoing quest to struggle through novels in which tea parties are viewed as scintillating plot devices, I've recently finished Charlotte Bronte's brick of a novel Shirley. To be fair, Charlotte masterfully portrays fully three-dimensional, complex human beings, and there were many scenes in the novel that I greatly appreciated. But there were also several aspects that drove me slightly batty, and I realized that they all centered around quirks and longwinded stratagems that most modern editors would have pointed out in a Harlequin Romance heartbeat. Specfically, the title character isn't introduced until the novel has meandered its way through the first 150 pages, the primary romantic conflict is resolved by Charlotte dropping in a hunk-ex-machina from the skies to restore the needed relational symmetry, and the title character, the forthright, "manly" Shirley, is subdued and put in her place by novel's end, resulting in a distasteful (at least by modern terms) Taming of the Shropshire Shrew approach.

None of this would fly in modern fiction. I wanted to take out a red pen at several points and slash whole chapters. And that started me wondering. At what point, historically, did editors start to play a major role in polishing works of fiction? I'm assuming that Shirley was not edited, at least by an outside source. And I also assume that the status quo held true at least until the late 1800s, because Dickens completely switched course 50 pages into The Old Curiosity Shop, and Victor Hugo was allowed his 50-page digression on the sewer system of Paris in the middle of Les Miserables. None of these things would have made it past an even remotely competent editor these days. Does anyone know when editors started to play a major role in the history of the modern novel?
Posted by Andy Whitman at 9:37 AM

I have to say, Hugo's digressions in Les Miserables are some of my favorite parts of the book. For me, the effect is to completely immerse me in the world of 19th century France. But, I also have a history degree, so...

I don't know how you could read anything that Stephen King's published since 1990 (or anything that Dan Brown's ever published) and think that a lack of editing is part of the past ;-)