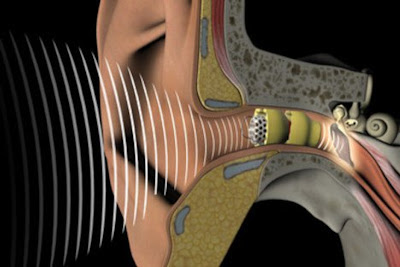 He who has ears to hear, let him hear.
-- Jesus

They will rebuild the ancient ruins
and restore the places long devastated;
they will renew the ruined cities
that have been devastated for generations.
-- Isaiah 61:4

My baby sister Libby was in town this weekend, venturing back to humid Ohio from idyllic San Francisco for my niece's wedding. She's not a baby anymore, of course, and hasn't been for quite a while. She's 45 years old, and had her husband Mark and 13-year-old daughter Helen in tow. But old memories die hard. I remember the day she arrived home from the hospital as a newborn. She will always be my baby sister.

Libby grew up in the same house that I did, which means that she was subject to the hell on earth that was the Whitman family. The difference was that while I was old enough to strike out on my own when all hell broke loose, Libby was still a little kid, and had to witness first-hand the insanity, the adultery, the alcoholism, the Christmases with mom passed out on the couch, the suicide attempts, the violent episodes involving smashed plates and butcher knives. I've since come to realize that our story is not unique, although it certainly seemed incredible, and incredibly bad, enough at the time. There are many families who could share their woes with Jerry Springer. But suffice to say that it was still horrible, and Libby had to live through it in a way I did not. It's a wonder she is not a basket case.

But she's not. Instead, she's Dr. Verber. She has a Ph.D. in Audiology, and she's involved in research that will allow people to hear better, and she gets to jet off to exotic locales (okay, Connecticut) to present her findings at conferences. The fickle gods who left me bereft of common sense and mathematical and scientific capabilities have blessed Libby with those abilities in spades, and she's able to use her gifts in some fairly direct ways to benefit humanity. And I admit that I have something of a vested interest in her success. I earn part of my living by listening to music and pretending to write intelligently about it. And I have a fairly severe hearing loss, enough to warrant one, and soon to be two, hearing aids. Who needs earrings when you can sport those babies? And I'm rooting for Libby to improve the lives of thousands of people, and mine while she's at it.

Now if she could just figure out a cure for cancer ...

Here's the deal: Libby has Stage 4 breast cancer, and this weekend was the first time we were able to spend together since her diagnosis. It was a sweet time, as it always is, because I dearly love my sister. But it was a hard time as well. Stage 4 breast cancer is a death sentence, and although Libby has, we all hope and pray, several more years to be a wife and mom and sister and scientist extraordinaire, the ongoing and upcoming battle tended to put a damper on the proceedings. There were times when I wanted to weep. There were times when I wanted to ram my head through the middle of the table at the genteel First Watch Restaurant, and the only reason I didn't was because I didn't want to be carried out in a straitjacket. Yes, I got the melodramatic, emotional genes.

But look, this weekend was a gift. In the midst of the deep sorrow, I marvel at how God has worked. People from our backgrounds don't lead normal, or even remotely productive, lives. They end up in jail. They end up hanging out in methadone clinics. And if we have not -- and indeed, we have not -- then perhaps there is some evidence that the old, familial ruins are being rebuilt, brick by brick; too slowly for my tastes, but rebuilt all the same. You want evidence that there is a God? You should have listened to my sister matter-of-factly discussing the need to mentor someone to carry on her work after she is gone. You don't need to see a miracle. You just need ears to hear.

For now she is here, and I'm so thankful. But the work needs to happen on multiple fronts. She has a daughter who is just entering her teen years. She has a husband who dearly loves her. Please pray for them. They're a great blessing in our lives. She's a remarkable sister, and a remarkable woman.
Posted by Andy Whitman at 1:38 PM

Prayers for sure, Andy. My wife is a cancer survivor so we have been down that road somewhat.

I love you too, Andy.

I'm praying mostly for Libby but also for you, Andy. May God bless.

since the festival at Calvin, i have been reading your posts and continue to be humbled by your honesty, hope and humor all mingled together in your criticism and your personal posts such as this. thanks.
prayers.
Hansi