The Top 500 Songs of the Aughties 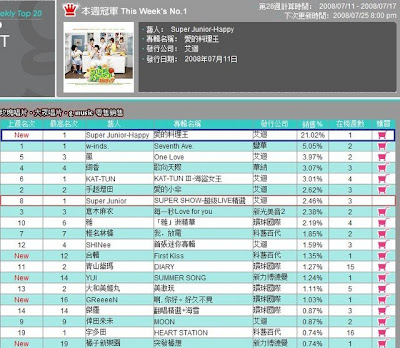 Pitchfork is counting down the Top 500 tracks of the Aughties. And it's a list that has me thoroughly confused. Part of it is that a Top Songs lists used to fairly reliably represent singles, and singles only. And singles were those hits you heard on the radio. Thus, you might find the Captain and Tennille on such lists, but you wouldn't find Captain Beefheart, even though Captain Beefheart arguably made better, and inarguably made more interesting, music. That's because Captain Beefheart didn't make singles. He just made his surpassingly strange music.

So I have no idea what the Pitchfork list is intended to represent. Singles? Really? What chart did Sigur Ros's whalesong "Svefn-G-Englar" appear on? Cultural impact? Yeah, that Akufen track was on the tip of everyone's tongue, wasn't it? The Top 500 songs that Pitchfork likes? That would be fine, and it might be the most accurate label for what appears to be going on, but this list also includes folks such as Kelly Clarkson and Rihanna, who are undoubtedly popular, and who certainly make singles, but who make music that most critics would dismiss as the usual ephemeral fluff. That's the problem with discussing, and certainly with ranking, individual tracks in the aughties. The music world is so fragmented that any such list is bound to come off as hopelessly solipsistic and ingrown.

I also find it fairly amusing that Pitchfork actually ranks the Top 500 songs. I have delicious visions of the editors arguing over whether that Akufen track should slot in at #496, or should upstage Weezer for #495. Personally, I wouldn't put it any higher than #498.
Posted by Andy Whitman at 9:51 AM

I'm not sure it's fair to say that most critics would dismiss Rihanna and Kelly Clarkson as the usual ephemeral fluff. Rihanna's "Umbrella" ranked number two in the 2007 Pazz&Jop critics singles poll, and Clarkson's "Since U Been Gone" ranked number three in 2005. I think that critics (especially those at the big outlets) are much more receptive to that sort of high-level ear candy than a lot of their readership is.

I refuse to read the list. Pitchfork is so very, very into their own coolness factor that I can't abide it.