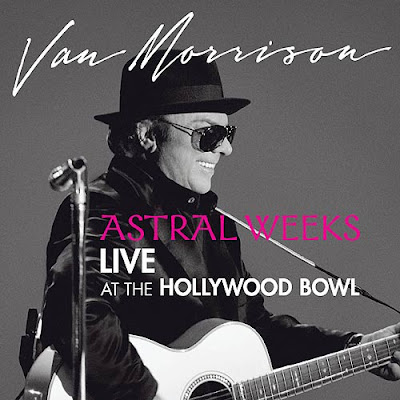 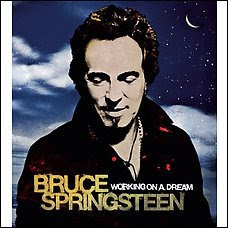 The Van Morrison live experience is a confounding thing. He can be totally mesmerizing (see It’s Too Late to Stop Now, from 1974). He can be professionally competent (see Live at the Grand Opera House Belfast, from 1984). And he can be petulantly inaccessible (see One Night in San Francisco, from 1994, where he turns over many of the vocal duties to his backup singers). What he is on Astral Weeks: Live at the Hollywood Bowl is simply great.

For the fortieth anniversary of his landmark second solo album (and the one that put him on the singer/songwriter map), Van rounded up a few of the original musicians, hired a couple horn players and a string section, rehearsed the unwieldy band once, and then hit the Hollywood Bowl stage determined to wing it. The results, recorded over two nights in November, 2008, are nearly miraculous. What we get is the entire Astral Weeks album, albeit played slightly out of order. Then he tosses in "Listen to the Lion" and "Common One" for good measure. Those of you who know Van's early recordings know that these songs basically define the Holy Grail of a certain esoteric movement, of which Van is the primary if not the sole practitioner, in which Musical Performer Goes Apeshit/Has Out-of-Body Mystical Experience Where Muses/Gods/Ancient Caledonian Ancestors Are Encountered. On the original albums (and I'd recommend Astral Weeks and 1972's St. Dominic's Preview as the best examples) these are strange and hair-raising experiences indeed. They're a little more subdued and earthbound here, but still thrilling. Van has been a scintillatingly great singer, and can still be when he wants to be. He wants to be most of the time here, and the band he's assembled plays the music with passionate abandon. More impressively, the extended improvisational codas stretch the music in ways that are entirely suited to Morrison’s ecstatic singing. Van excels at moaning, humming, scatting, and soaring off into the stratosphere, and he gets, and takes, plenty of chances to sail into the mystic. The end result is a 70-minute tour-de-force, something delightfully unexpected and daring in a late career that has been increasingly characterized by playing it safe and keeping it simple.

What to say about Bruce Springsteen’s latest product? For starters, I never thought I’d be using the words “Bruce Springsteen” and “product” in the same sentence. But the clichéd title of Springsteen’s new album – Working on a Dream – should have clued me in to the generic framework. Perhaps only Born to Run in the U.S.A. would have been more pandering.

God only knows what led to this New Jersey Transit train wreck. Magic, Bruce’s last album, was as fine a late-period arena shaker as could have been expected. But this time Bruce forgot the tunes, the hooks, and the lyrics, and he mistakes the usual first-rate songs about common men and women for common songs about Bruce.

The album roughly divides into two categories. There are the limp approximations of the E Street swagger – the title track, “My Lucky Day,” “Surprise Surprise.” And there are the sonic experiments, Bruce pushing in new directions, none of them successful. Album opener “Outlaw Pete” is Springsteen’s take on a spaghetti western outsider badass, a sort of Woody Guthrie meets Ennio Morricone mashup that could easily lead to Clint Eastwood’s death by self-inflicted gunshot. “Queen of the Supermarket” is this album’s wall-of-sound anthem, the kind of homage to Phil Spector that succeeded so well on Magic’s “Girls In Their Summer Clothes.” But this time Springsteen finds his dreamgirl at that checkout register at Wal-Mart, a scenario so implausible as to invite the question of whether Bruce has ever gone shopping in his life. Producer Brendan O’Brien slathers on the reverb and stacks the overdubbed vocals as high as they will go, but the bombast can’t rescue the ludicrous premise.

The songwriting is mostly abysmal. Usually a sure and compassionate writer, Springsteen actually resorts to puppy and kitty poster sentiments on “Surprise, Surprise”:

And when the sun comes out tomorrow, it'll be the start of a brand new day
And all that you have wished for I know will come your way.

All right, who are you, and who replaced Bruce Springsteen with Rainbow Brite?

The songs pick up at the end, with a sincere and affecting tribute to fallen E Streeter Danny Federici on “The Last Carnival” and the subdued, mostly acoustic character study “The Wrestler.” But it’s too little, and it’s way too late. This is Springsteen going through the motions, writing by the numbers, and missing wildly on the few chances he takes. It’s his worst album by far, a surprisingly inept blemish on what has been a consistently great career.

I can hardly contain my anticipation for the Van Morrison album. I'm so happy to hear that it has turned out well.

As for Broooce, well, I didn't particularly care for Magic, so I don't expect I'll trouble myself with the new one.

Here's a question for you: For somebody who is interested in exploring Brooooce's music, which albums would you most recommend? I am fond of "story songs", and I've long admired Nebraska and Tom Joad for their excellence in that department, but I really don't know much about the rest of his catalogue. Maybe this would be a good topic for a post one day. I know you've been thinking a lot about Broooce lately.

that sucks about the boss. i wonder if he's releasing albums too frequently..?

Hmm...maybe he found his girl at the Wal-Mart since he's only letting the album be sold (physically) at Wal-Mart (i think they are big on unions, lol). This sounded like such an obvious ham-fisted cash grab as soon as it was announced to be released just a week after the inauguration. And the repeating pimping of the mediocre-at-best title track hasn't helped.

Andy - I'm certainly not un-biased when it comes to Springsteen and I know you're generally a fan too. I think WOAD is a love letter to a new era as well as the 60's. There are a couple of duds ("Queen of the Supermarket" and it's awful lyrical conceit comes to mind) but on the whole I really like this record... even a bit more than Magic.

Your review threw me for a loop - but that's why certain notes and lyrics strung together appeal to one listener and cause another to shriek disapproval.

And I doubt if many songs this year will eclipse the buzz I get from "Surprise Surprise". Great song.

I liked everything Bruce did up through Born in the USA, and was disappointed by nearly everything he did afterwards, so I'm not surprised. The old comparisons to Dylan are now laughable, given the creativity that Dylan continues to exhibit at an age when most folks are retired.

When will the Van Morrison album be released?

Bill, the new Van album will be released February 10th. It's on EMI Records.

Craig, almost all of Springsteen's albums contain "story songs." For the most part, he writes from the perspective of other characters, and it's usually a mistake to hear "I" as a reference to "Bruce Springsteen."

Great story songs? Try the whole "Born to Run" album. Or the title track from "Born in the U.S.A.," since Bruce, I'm fairly certain, is not a Vietnam War veteran.

Springsteen has moved from a flowery, poetic, and highly romantic songwriter ("Greetings From Asbury Park," "The Wild, the Innocent, and the E Street Shuffle," "Born to Run") to a much more plainspoken "poet of the people." He's usually great in both modes, but I particularly have a soft spot for his first three albums, mentioned above. In fact, since "Born to Run" doesn't appear to be a part of your Springsteen experience, I cannot recommend strongly enough that you pick up that album. It's dangerous to make "Favorite Album of All Time" proclamations, but I'll just say that that one is certainly in the running.

Born to Run it is, then! Thanks for the recommendation.

Andy, I just finished the Jeffrey Symynkywicz "Gospel According to..." book about Springsteen and wish that you were still going to be able to publish your own; Rev. Symynkywicz doesn't offer much food for thought.

There is a lot of dross in this record, but I (like you) liked "The Wrestler" and I also liked "What Love Can Do" and "Good Eye." Maybe every now and again he just has to get the cheese out of his system (Lucky Town, f'r instance).

I believe Working on a Dream will be sold in several locations. There is a new Greatest Hits package, which has only three songs that weren't on the 1995 Greatest Hits and has no previously unreleased material, which is a Wal-Mart exclusive.

yes, I believe I read the wrong originally, so I do stand corrected. Working on a Dream will be sold in various locations, the Greatest Hits will be a Wal-Mart exclusive...though I don't really understand the need for any Wal-Mart exclusive. And while I also agree that The Wrestler is one of the better tracks on the album, I don't think it necessarily goes that well with the film, after watching it yesterday, though the verdict isn't final on that. Nonetheless, its a really great movie that I would encourage people to see. Mickey Rourke is nothing short of amazing.