A Man Of Somebody's Dreams: A Tribute to the Songs of Chris Gaffney 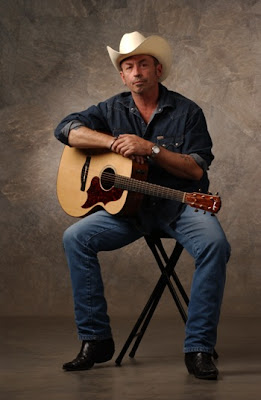 As former bandmate and friend Dave Alvin points out in his liner notes, Chris Gaffney was a man who didn’t care much for boundaries or borders. Torn between his love of the classic country songs of George Jones and Merle Haggard and the pleading soul music of Otis Redding, Chris and his band The Hacienda Brothers simply split the difference. And that facile description doesn’t even begin to account for his love of accordion-driven norteño polkas or AC/DC balls-to-the-wall rock ‘n roll. Music programmers and record labels had no idea what to do with him. And so he lived in virtual obscurity, touring with Alvin from time to time, recording a handful of absolutely great but ignored solo albums and with his songwriting partner Dave Gonzales as part of The Hacienda Brothers, playing west coast dive bars on the weekends, and writing a couple hundred of the best songs you’ve never heard.

When the virtually unknown Gaffney died last April of liver cancer, Alvin rounded up a bunch of buddies to record his fallen comrade’s songs. The resulting album, A Man of Somebody’s Dreams: A Tribute to the Songs of Chris Gaffney, highlights why the man was so special. These are sad, poignant, joyous, stomping songs. And maybe people will actually notice this time, because they’re played by some of the best and best-known roots rockers in the world.

A brief rundown of the roster is enough to make roots fans salivate: Joe Ely, Boz Scaggs, Los Lobos, Dave Alvin, Peter Case, Calexico, James McMurtry, Alejandro Escovedo, John Doe, Los Straitjackets, Ollabelle, Freddy Fender, and Dan Penn, just for starters. The performances vary from tender, accordion-laced Tex-Mex ballads to Bakersfield honky tonk to blues-based rockers to pleading Philly soul. It’s a fair cross-section of Chris’s music, but more than that, it’s a long overdue showcase for a criminally underappreciated songwriter. Dave Alvin recounts a story at the beginning of Gaffney’s song “Artesia” about growing up in the San Fernando Valley of California, of watching the orange groves being plowed under and replaced by freeways and shopping malls, and of the constant smell of cowshit that disappeared around that time. It’s hard to make that sound romantic and nostalgic. Gaffney’s song does. There are eighteen songs here, all of them revelatory, the last by the man himself called “Guitars of My Dead Friends.” It’s the last thing he sang, recorded a few weeks before he died. With any luck, this tribute album will go a long way to ensure that the songs of this dead man will be ringing out for years to come.

I'm salivating. By the way, on Dave Alvin's recounting of growing up in the Central Valley, are you sure he wasn't talking about the San Fernando Valley? I haven't heard it, but I thought Dave was from the LA area. Not sure about Gaffney.

You're right, Bill. Artesia is just a little southeast of L.A. in the San Fernando Valley. I've corrected the geographical reference in the post.

andy, did the record company get the songwriting credits correct on Guitars of My Dead Friends. Should be Berberet/Wycoff.
Thanks, a friend of Chris G

Anon, sorry, but I don't know. I have an advance copy of the CD. It lists song titles and performing artists, but not writing credits. This a no-frills early release without a CD cover or liner notes. I think it's likely that the final CD will show the writing credits, but unfortunately I can't answer your question right now.