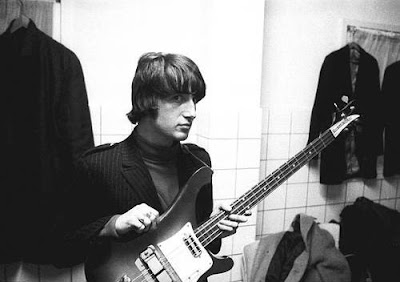 Pete Quaife, original bassist for The Kinks, died earlier today. He was 66, which at one time would have sounded ancient to me, and now doesn't.

For many years, my knowledge of The Kinks consisted of their early British Invasion hits -- "You Really Got Me," "All Day and All of the Night," "Till the End of the Day" -- and a few of the late '60s standouts -- "Sunny Afternoon," "Lola," etc. This was a band that released a Greatest Hits album in 1966, and since the radio didn't play much Kinks music after that, I assumed for a long time that their best music was limited to that small window following the explosion of The Beatles.

Wow, was I wrong. There were a half dozen great albums from the late '60s and early '70s, and I didn't hear them until sometime in the mid-'80s. While The Beatles and The Stones blazed their innovative trails, The Kinks retreated to quiet, pastoral, openly nostalgic music that invoked elements of country and folk and the English music hall, and that looked back to a simpler time. Most people scorned it or ignored it. It wasn't until years later that a few music critics began to recognize Ray Davies as the musical genius that he is. Pete Quaife was only around for part of that time, departing after The Kinks' 1968 masterpiece The Village Green Preservation Society. But he was a rock solid bass player, and by most accounts he was a stabilizing force who helped keep Ray and Dave Davies from throttling one another.

Damn, another icon of my childhood is gone. It's a shame when the mods grow ancient.
Posted by Andy Whitman at 2:32 PM