Alasdair Roberts -- Too Long In This Condition 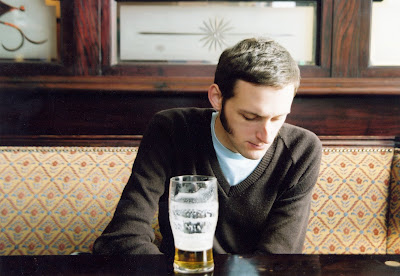 Scots folkie Alasdair Roberts tends to alternate between traditional material one year and idiosyncratic original songs informed by the Trad template (and esoteric metaphysics) the next. Since 2009's Spoils and The Wyrd Meme consisted of entirely original material, it only makes sense that Too Long In This Condition would hew closely to the Trad line.

In a departure from his usual solo settings of this material, Alasdair has a full complement of bandmates with him this time. It should be noted that this is decidedly Trad territory, and not the Trad rock of Fairport Convention, Pentangle, or Steeleye Span. Nevertheless, some of these songs will be familiar to fans of the latter bands -- most notably "Little Sir Hugh," "Long Lankin," "The Two Sisters," and "The Daemon Lover." Roberts and friends do them very well, indeed, and at some point he ought to be recognized as the finest contemporary practitioner of this ancient music. Now might be as good a time as any, and if you're unfamiliar with the seductive charms of these lovely melodies and bloody ballads, you could hardly do better than to pick up this album.
Posted by Andy Whitman at 10:49 AM