Catching Up -- Bash and Pop, Black Francis, The Botticellis

I receive more music than I can listen to. Don’t hate me. I do the best I can. What that means is that I periodically go back and semi-sytematically check out what what I missed the first time. Today’s edition is brought to you by the letter B.

I won't bother to tell you about all the crap I listened to briefly, and then disdainfully tossed aside. No sir, you get only the best, the cream of the crop, or, if you prefer, the Best of the B's, albeit belatedly. 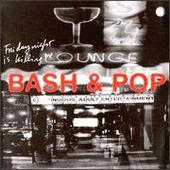 Bash and Pop -- Friday Night Is Killing Me

I bought this album in 1993, when it was released. I must have played it, but I don't recall much about the music at all. My loss. This is Tommy Stinson's band, and Tommy had just left The Replacements because that old blowhard Paul Westerberg wouldn't let anybody sing or play anything but Paul Westerberg songs. So Tommy split the 'Mats, switched from bass to lead guitar, and then unleashed a batch of songs that sound rowdier and looser than anything The Replacements had recorded since the mid-'80s.

Tommy's a more than capable frontman, and his scratchy tenor recalls Rod Stewart when he could still sing rock 'n roll. And Rod really is the touchstone here because Tommy and his bandmates clearly love that early '70s ramshackle boogie when Ronnie Wood was still trading off gigs betwen The Faces and The Rolling Stones. It's an uneven effort. The ballads don't work, but there aren't that many ballads, and at least none of them are entitled "Tonight's the Night." The rockers and mid-tempo tunes are fabulous, though, and this album is well worth tracking down. 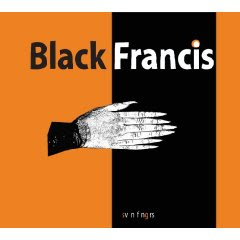 It's hard to keep up with Charles K. Thompson IV, or whatever he wants to call himself. Frank Black, which is what he's called himself through most of his post-Pixies career, was a good, solid, well-known commodity; you knew you could count on a good, freewheeling if spotty album with some filler. But Black Francis? Black Francis is messing with history, and it takes some kind of courage and/or foolishness to adopt that moniker again.

After last year's underwhelming Bluefinger (his first album under that old Pixies name) I was betting on "foolishness," but now I have to rethink my position. SVN FNGRS is terrific, and Black/Frank sounds more engaged and more bombastically weird than he has in a long time on this seven-song (naturally) EP. The subject matter is typically esoteric and strange, ranging from Irish mythological hero Cuchulainn to double orgasms to the joys of mail order shopping. This is, after all, the man who has written songs about Mose Allison, alien abduction, driving a car into the sea, and the video game Pong. Musically it's equally fragmented and delightful. Opener "The Seus" is either the oddest rap song or the most querulous chanting you've ever heard, with BF declaiming "I am the Seus." Sure thing, big boy. "I Sent Away," that song about mail order, is backed by the best Stooges homage I've ever heard. "Half Man" finds Black singing a tender ballad in a damaged falsetto, while "When They Come to Murder Me" is a raw rocker that hearkens back to the deranged days of "Monkey Gone to Heaven" and "Debaser." Good stuff? You bet. At a short 20 minutes there's not enough here to declare a full-fledged Pixies resuscitation. But there's plenty of reason for hope. 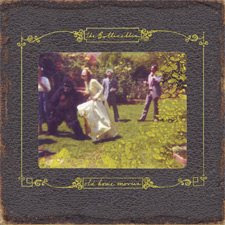 Every review I've read of The Botticellis' debut album pulls out the Beach Boys references. And they're right, although this music is a million miles removed from the sunny, carefree realm of surfboards, cars, and girls. The touchstone here is the late '60s Brian Wilson of "Caroline, No" and "I Just Wasn't Made for These Times," and the angst and the pretty melodies are perfectly balanced. There are sweet melodies here and bitter sentiments, all suffused with a sort of laid-back SoCal singer/songwriter warmth that is most evident in the gently strummed acoustic guitars and tasteful organ accompaniment. "The Reviewer," the standout track, almost rocks in a Big Star power pop way, but pulls back just short of passion. Otherwise, this is extremely well-crafted pop music circa 1966, when bands like The Left Banke melded pop, baroque, and broken hearts into a seamless formula.
Posted by Andy Whitman at 11:07 AM