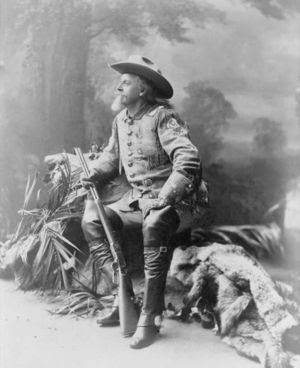 Buffalo Bill's
defunct
who used to
ride a watersmooth-silver
stallion
and break onetwothreefourfive pigeonsjustlikethat
Jesus
he was a handsome man
and what i want to know is
how do you like your blueeyed boy
Mister Death
-- e.e. cummings, “Buffalo Bill”

I have all these memories, I don’t know what for
I have them and I can’t help it
-- Sun Kil Moon, “Like the River”

We're always amazed and puzzled by the slow, inevitable degeneration of the human body. We wake up in the morning, callow youths trapped in middle-aged, sagging bodies, and we wonder what the hell happened. In our minds we are still 21 years old, right out of college, and all of life is before us. And if the events of the past few days are any indication, nothing much changes. Apparently we also wake up at 75, at 90, and the reaction isn’t much different. Oh, look at the time. And look at the human body, shutting down. I bet Buffalo Bill, virile, macho Buffalo Bill, felt that way as well.

Friday saw the unlikely scenario of a husband and wife, separated across the space of 120 miles, caring for parents in hospitals in Cleveland and Columbus, respectively. Our two surviving parents – Kate’s mom and my dad – are dying. Kate’s mom has Stage 4 pancreatic and liver cancer, and will probably be dead within a month. My dad has congestive heart failure, and after suffering what may have been a heart attack on Wednesday, was released to go home on Saturday. He thought the good doctors would perform another heart bypass operation and that he would be as good as new within a couple weeks. They didn’t, and he’s not. They sent him home, telling him that his heart disease is too far advanced and that there’s nothing they can do for him. He’s a ticking time bomb, and the next explosion will be the last.

It is interesting and instructive to watch the ways people prepare for death. My dad, a master of denial, doesn’t acknowledge that there’s a problem. He doesn’t talk about it. He doesn’t prepare for it. He simply goes home and continues the same self-destructive patterns that have led to his congestive heart failure. When all you know is sand, perhaps it’s too traumatic to consider pulling your head out of it. Kate’s mom, by contrast, is praying, gathering her family and friends around her, making sure that all the important words are said before it is too late.

But both of them are kids again. My dad wants to talk about his childhood self and his brother and sister, the Columbus version of the Little Rascals, and the mischief they got into when they were young adolescents. My mother-in-law wants to talk about her girlhood in Akron, about her home on East St., about how she met my father-in-law Carroll. There is an ordering going on, a taking stock, but it’s an ordering that goes back to the Roaring Twenties and the Great Depression. And I’m fascinated by the process.

Not long before Carroll died, he commissioned me, as a “writer,” to set down the story of his life. He talked into a tape recorder, filled up six or seven ninety-minute tapes, and then passed the mess along to me. He wanted me to put it into some kind of order.

And that’s the trick, isn’t it? My father-in-law wandered off during his narration, went down a hundred rabbit trails, provided far too much detail on how he invented carbon brakes for the airline industry and not nearly enough detail on his wife and kids. How does one order that? How should one order that?

I butt up against two utterly unreconcilable notions: the uniqueness of a human life, and the shabby sameness of death. On one hand there is profound mystery. “How did you get this way?” I want to ask my father. “What happened to that kid who was full of life? What were the unique circumstances, the choices you made, that made you turn aside from living life to the fullest?” And on the other hand there is death, the great leveler, from virile, insatiable Buffalo Bill and his macho cowboy life to my dad, who is not virile, who is not macho, but who has blue eyes, just like Bill.

Yesterday my wife Kate helped write her mom’s obituary. She wanted to do it when her mom was still lucid and could still communicate her thoughts clearly. But oh, what a terrible assignment.

The resulting article, full of names and dates, is imminently unsatisfying. It doesn’t begin to address who my mother-in-law is, the woman who loves Beethoven and Native Americans and the rosary and a little piazza in Rome, the woman who, when told that she was dying of cancer, and that her family would be by her side, exclaimed, “Oh, that will be lovely.” But this is where we find ourselves these days; cutting, editing, letting go. We are trying to reduce life to two hundred words, a three inch by two inch column. And we are mourning all that’s left unsaid and all that will be left behind, all the recollections of East St. and the Columbus Little Rascals that no one will ever know. We are sifting through the lives to find what is important, and looking around and seeing it right in front of our faces. But it’s fading fast.
Posted by Andy Whitman at 9:04 AM

God bless you as you deal with these difficulties. And thanks for sharing openly. These words of comfort are gold.

I'm struck by how many members of your family want to tell their stories. In the face of all this darkness, that itself is a blessing. I don't know much about many of my departed family members, because they never told their stories to me. Is this what we're really asking when we ask the kids "how was school today?" -- we're asking what their story was. And it's a surprisingly hard question for them and us to answer. Anyway, I just want to say treasure those stories, as I'm sure you do.

Andy, I hear you on the "irreconcilable notions." Over the past three weeks I've returned to my perennial struggle to reconcile the individual worth of every child in the world with the unlamented, banal demise of countless orphaned kids dying on the streets and in the jungles of the developing world.

How can it be that we are all of inestimable worth, yet we live like a vapor and perish like grass?

Thanks for sharing. I prayed for you and Kate, and will continue to do so.

Praying for you and yours.

I know what you are going through, both ends of it, in that much of this stuff is similar -- but still different.

Andy, you are a wonderful writer. I will buy five copies of anything you publish.

Life flows out of your pen. Thanks for letting us have a peak.

I'm struck by a line in the movie Amistad where John Adam (Anthony Hopkins) asks, "What's your story?" We all can identify a story line (I was born on..., but the plot line (here's what it all means)--that's the challenge. Even more, discovering how our individual plot ties into the greater story of sin and redemption that God in Christ is unfolding.