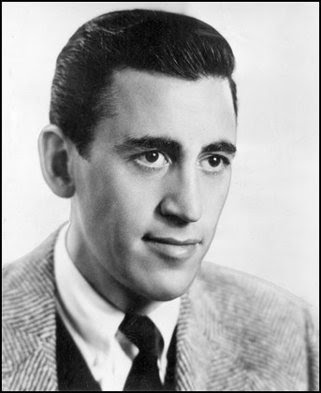 Like most American kids, I read The Catcher in the Rye in high school. Even back then, not all that many years after its publication, it was assigned reading for an English class. But no one had to force me to read it. It was funny, profane, and irreverent. That’s usually a recipe for success in the adolescent world, and it worked for me as well.

J.D. Salinger, who wrote the book, and precious little else, died yesterday at the ripe old age of 91. For all intents and purposes, he quit writing in 1965. He lived the last four and a half decades of his life as a virtual recluse. Perhaps no other author’s work has been simultaneously so influential and pervasive – some 65 million copies of Catcher have been sold – and so skimpy. This was a man whose life’s work essentially rested on a book of 200 slender pages. Two pages per year, more or less. It’s nice work if you can get it. Or if you want to call it work.

Looking back on it, it’s hard to understand what all the fuss was about. Catcher is the most banned/censored work in America by a wide margin. To this day, every time it’s taught in school you can count on one or more parents making a stink about it. I taught it in a suburban Columbus high school in the early 1980s and, sure enough, a few parents were outraged. Didn’t I know there were cuss words in that book? Didn’t I know that it was filled with filth and immorality? It turns out I did know that, and I wanted to teach it anyway, even as a God-fearing Christian. Go figure. That’s because a) I figured that little Buffy and Skip were already familiar with cuss words and immorality, b) I honestly thought it was fairly wonderful literature, and c) I had already read Shakespeare, who basically covered the same territory. Zounds.

But more than that, I appreciated the way Salinger told the truth, and told it in a fresh way that would resonate with anyone old enough to have experienced profound disappointment. Cynical? Yeah, you bet. But sometimes there are good reasons to be cynical. I heard a rumor of Salinger’s death shortly before last night’s State of the Union speech. Then I watched the speech, and listened to the political pundits on two very different networks arguing about the merits of the speech, each driven by their own agendas. Phonies. Holden Caulfield was right. Who wants to grow up to inherit this world?

Salinger captured the heartsickness at the root of the loss of innocence. He was a profoundly sad writer and, by all accounts, a profoundly sad man. But he got the heartsickness exactly right. He captured a life at a crucial turning point – on one side the childhood Disneyland fantasy of “if you can dream it you can do it,” and on the other side the hollow, dispiriting vision of how the adult world really works. You don’t have to be an adolescent to appreciate that conundrum. Sometimes you just have to watch TV on a Wednesday night.
Posted by Andy Whitman at 3:45 PM

Great summation of the lasting value of Catcher. But Salinger's other published works, scant though they may be, are also great: the 9 Stories collection, and the Glass family novellas (Franny & Zooey, Carpenters/Seymour). Rumor has it that Salinger continued writing prodigiously after he stopped publishing and that there is a trove of novels and stories archived in his hermit cabin. Maybe we'll start to see some of those published now.

Yes, thanks scooob. It was probably misleading to suggest that Catcher was Salinger's only work. I know it's not. It's just that 9 Stories, Franny & Zooey, Raise High the Roofbeam, Carpenters, etc. are so far overshadowed by Catcher in terms of its popularity/notoriety.

I too hope that Salinger kept writing in that hermit cabin. We'll find out.