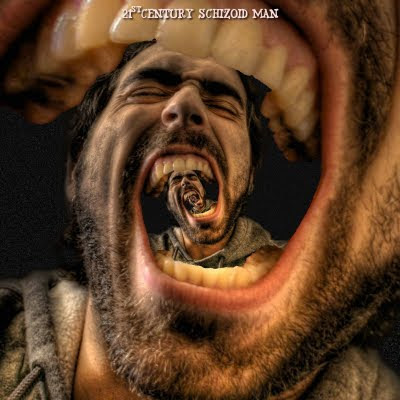 Ain't got no ambition,
I'm just disillusioned
I'm a twentieth century man
but I don't wanna be here.
My mama said she can't understand me
She can't see my motivation
Just give me some security
I'm a paranoid schizoid product of the twentieth century.
-- The Kinks, "20th Century Man"

Welcome to the brave new world. Here's a typical 3-month swath of time early in the second decade of the 21st centjry:

1) Interview for job. "We pride ourselves on our stability," the hiring manager says. "We've been in business for 17 years, and most of our employees have been here for ten years or more. We had one small layoff in 2008. We hated to do it, but we saw the recession coming. Now we're in great financial position, and we're prepared to move forward. And we have a lot of work for you."
2) Start new job. Feel good about it. Bust butt. Receive plaudits and kudos.
3) Three weeks into new job, meet with co-worker. "How many more weeks are you here?," he asks at the end of the meeting. Shut up and treasure these things in your heart, just like Mary.
4) Five weeks into job, meet with hiring manager. "We don't have budget to pay you for the rest of 2009," he says. "So we're going to ask you to take a 2-week unpaid vacation. But don't worry. We have budget for you for 2010."
5) Eight weeks into job, six weeks into the actual work experience, pass hiring manager in the hall. "By the way," he says, "we got you approved for another 96 hours for this year." "Two weeks and two days?" you ask. "Yep," he says.

When you are given a promise, assume it will be broken. When your boss praises your work, watch out. It probably means that you're about to be laid off. Don't be paranoid. Just do your work heartily, as unto the Lord. Go get 'em, slugger.
Posted by Andy Whitman at 1:07 PM

Yes, you speak the truth, and truth has gone out the window. We are truly left with "truthiness."