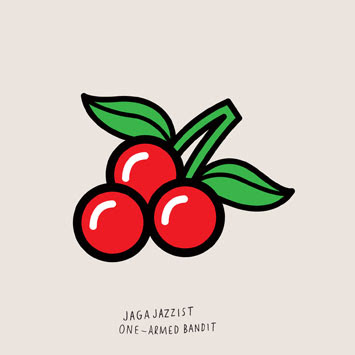 Once upon a time, "fusion" was not a cuss word. In the ancient mists of time, before Kenny G. roamed the earth, there were musicians and bands who actually managed to merge the best of jazz and rock, classical and funk.

Even in those storied days, however, there were dangers on all sides. Keith Emerson bludgeoned his keyboards with knives, and he and his piano were hoisted out over the audience in a sling, thereby becoming a cross between Peter Pan and Liberace. "Over the top" didn't begin to describe it. Spyro Gyra combined jazz chops with Muzak sensibilities and produced elevator music that was annoyingly hummable. "Jazz Lite" became its own genre, suitable for low-volume listening around the hottub or in the dimly lit bedroom.

But at its best, "fusion" was a challenging and creative merger of the best of two or more genres, and could result in music that sounded like nothing that had come before it. Visionaries like Miles Davis, Frank Zappa, Oregon, Mahavishnu Orchestra, Return to Forever, Soft Machine, Weather Report, and Mike Oldfield blurred old labels and categories, creating vibrant and fresh sounds in the process. It became stagnant and boring all too quickly. But for a brief moment, it heralded a musical renaissance.

Which brings us to Norwegian band Jaga Jazzist. I couldn't even begin to label the music. I do know that, in the best "fusion" tradition, labels really don't work. Go with prog/electronic/funk/jazz/classical/post-rock if it makes you feel better. I also know that what is here is dazzlingly creative, and that new album One Armed Bandit is a breakneck tour of the musical trends that have dominated music for the past fifty years. Earlier albums from the band could broadly be categorized as electronica/jazz, dominated by intertwined sax and trumpet, Lars Horntveth's serpentine keyboard lines, and insistent beats and tape loops. This one? Even the old fluid boundaries won't work. Consider the song "Toccata" for starters, which has nothing to do with Bach, and which instead hints at Philip Glass minimalism before introducing some tribal drums, and then morphs into a free jazz trumpet solo that is breathtaking. Got a label for that? Go for it.

Across 53 minutes, the nine tracks here bleed into one another, contort, twist and turn in a hundred different ways. And yet the music remains organically rooted, never contrived, always evolving in surprising and surprisingly accessible ways. It's a brilliant, if uncategorizable, triumph. Consider it an early contender for Album of the Year.
Posted by Andy Whitman at 10:20 AM

So far, this reminds me of Tortoise, which is one of my favorite bands and who I wish was still putting out new material. Love it. Thank you!