No Through Road/Two Cow Garage

The albums come in never-ending waves. They blur together. Sometimes they stand out. And when they do, I try to tell you about them. Here are two that have stood out in the past couple weeks. 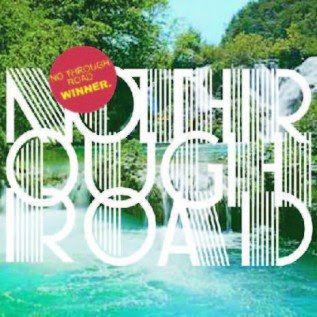 No Through Road -- Winner.

Yes, the period is part of the title. Thank you, TV on the Radio and latest album Dear Science,. Punctuation is your friend.......

No Through Road hail from Adelaide, Australia, where apparently the music world is stuck in a 2002 timewarp, and where all the cool kids are listening to Interpol and The Strokes. That's okay. I like Interpol and The Strokes, and this band recaptures the sound really, really well. "Party to Survive," the video shown above, sounds like a lost track from Is This It?, and a great one at that. "Berlin Wall" and "Your Fall" are just as good, and the album careens right along until it flames out on the final track, the 10-minute, feedback-bedraggled "(this isn't) Rock 'n Roll." It's technically true. It's mostly noise. But there's a lot of great rock 'n roll along the way. 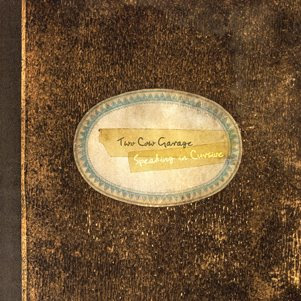 In a more just universe, Columbus' own Two Cow Garage would be playing the big summer festivals. Instead, they detonate their killer live shows night after night in front of mostly indifferent fans in dive bars in the Midwest.

Sounding either like Steve Earle fronting The Replacements or Paul Westerberg fronting Drive-By Truckers, take your pick, these four lads rock and lope, but mostly they bash the hell out of their instruments and sing their rough and ragged but literate tales of the lost and the losers, kids who were raised on Jesus and Disney movies and meth labs, bored and lethargic and intermittently, furiously committed to busting out of their dead-end farm towns.

In Micah Schnabel the band has not only a thoroughly captivating, gravel-voiced singer, but a fine writer who piles up little cinematic details that somehow manage to capture a whole lifetime of beauty and waste: "She wore a Led Zeppelin T-shirt, a Virgin Mary tattoo/On her left shoulder like a badge of honor, but faded green to blue." That's the start of the disarmingly desperate "Sadie Mae." Damn, dude, you had me at the first line.

There are thirteen songs here and thirteen winners; raw, jagged slices of visceral rock 'n roll that redefine both the words "poetry" and "slam." Speaking in Cursive is Album #4 in an ongoing series of criminally ignored releases. It's one of my favorite albums of the year, and it needs to be heard.
Posted by Andy Whitman at 11:01 AM

I just listened to Two Cow Garage and all I can say is "wow". Thanks again for opening my eyes to a band I would've never heard otherwise. I can only imagine what it's like to see these guys live.