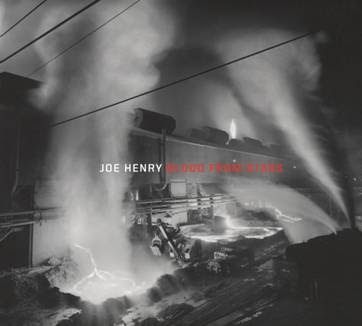 Not content with year-end lists, many music critics now offer their thoughts at the halfway point. Here are mine. For what it's worth, I think 2009 has been a fabulous musical year, with quality and innovation bursting forth in every genre. In typical fashion, my list is all over the place. That's because I like music, all kinds of music, and I see no reason to compartmentalize my listening habits.

My #1 album isn't out until August 18th. Sorry about that. It just happens to be the best album I've heard so far this year. When it comes out, you should buy it.

Three masterpieces in a row now from the best songwriter you've probably never heard. This is weary lounge music for 3:00 a.m., jazz from another planet, with lyrics that can stand on their own as poetry.

Maybe it's because I suffer from seasonal depression (basically all four seasons, but November through March in Columbus, Ohio, when the sun doesn't shine, is particularly brutal). Maybe it's because I'm a sucker for the pensive folk songs of Bon Iver. But this a terrific and terrifically depressing album, perfect for bedroom philosophers.

If you would have told me six months ago that one of my favorite albums of the year would be based on the Psalms, I would have told you that you don't know me very well. Long the purview of schlockmeisters and saccharine hacks, Aaron Strumpel has stolen the hymnbook of ancient Israel back for the regular folks, including folks like David (the original blues harp player) who bitch and moan and cry out in pain. This album wails. Add the tribal chanting and the horn section cribbed from avant-garde jazzbos The Art Ensemble of Chicago and you've got something very rare and special indeed.

Okay, it came out in late 2008. But I didn't hear it until a few weeks ago. Raw punk energy, some cowpoke guitar licks, and a lead singer/songwriter who gargles with Drano and reads T.S. Eliot. What's not to love?

5) The Decemberists -- The Hazards of Love

Oh boy. This is bound to be the most divisive album of the year. They're prissy literary wanks to begin with, and they up the ante this time by recording a no-singles, 17-song suite/concept album about, wait for it, a woman named Margaret who is ravaged by a shape-shifting animal; her lover, William, who is desperate for the two of them to be reunited; a forest queen; and a villainous rake. Umm, yeah. Me? I love it. But I love all those Fairport Convention and Steeleye Span albums from the late '60s/early '70s, too, and this one is very much a part of that tradition.

Columbus kids make good. If Radiohead had continued in the prog-rock direction of OK Computer, this is what they might sound like in 2009.

Raw, visceral blues, equal parts Stevie Ray guitar pyrotechnics and steamy Delta stomp. And some pretty great and funny lyrics, too. Witness "Preacher Blues: "I would hang with the Baptists if they could get that girl for me." That's some love and desperation.

Big band music for folks who like Jimi Hendrix and Parliament Funkadelic. This is unlike any jazz I've heard before.

9) Antony and the Johnsons -- The Crying Light

Is it chamber music for the cabaret? An Off-Off-Off-Off Broadway musical? Whatever it is, Antony Hegarty has made a lovely, contemplative, heartbreaking album, his voice soaring and mournful, the strings tracing the pensive themes of memory and loss, holding on to color in a world of fading grey. This is a beautiful album.

Pure funk and soul, a la James Brown. I didn't think they made music like this anymore. I was wrong.

"Short Man's Room" and "Shuffletown" are two of my faves from Mr. Henry.

Wow, imagine how long the year-end also ran list will be!

I'm with you on Hazards of Love. It's my favorite so far, but I haven't had the privilege of hearing Joe Henry yet!

I find it so hard to believe there is so much on this list I haven't heard of. Kudos for that.

I wish I had an online moniker as wonderful as Shane MacGowan's Teeth. That's in my All Time Top 10 Online Monikers.

I'm beyond excited for the new Joe Henry.

I also checked out the Darcy James Argue disc on your recommendation. I'm hooked.