The Receiver -- Length of Arms 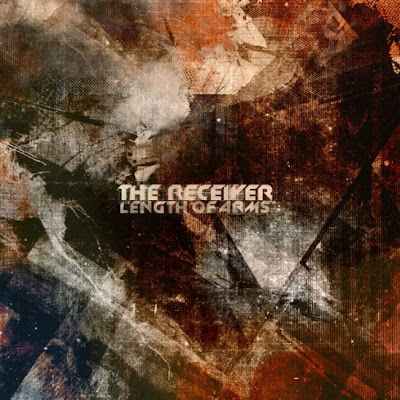 The influence of Radiohead is incalculable, and every week I encounter at least one new release that is deeply indebted to Thom Yorke and company. So let's get it out of the way up front. Columbus, Ohio duo The Receiver -- brothers Casey and Jesse Cooper -- have clearly been influenced by Radiohead. Casey's breathy vocals are a dead ringer for Yorke's, and the layered keyboards/synths and skittery rhythms bear the unmistakable imprint of a couple guys who have spent a lot of time listening to Kid A.

A problem? Not really, particularly when that somewhat derivative music is presented this winsomely. The Receiver's 2006 debut Decades revealed a band in love with heady if sometimes insular chamber rock. Musical and lyrical motifs reappeared from song to song, and if the lack of narrative structure suggested that "concept album" was too strong a term, it was still clear that the brothers Cooper were up to something a little more thoughtful and substantive than the usual three-minute mopery. It was an impressive start. The followup, the recently released Length of Arms, is better in every way, and reveals not only the expected Radiohead influences, but a beefed-up synth attack and, God help me, a love of hoary '70s prog rock that only contemporary bands like Arcade Fire and The Decemberists can pull off well. Add The Receiver to that rarefied list.

Like its predecessor, Strength in Numbers is best appreciated in its entirety. That's not to say that individual songs don't stand out. They do. First single "Visitor" features the kind of propulsive dream pop that Blonde Redhead has mastered, and closer "Amazing Thing" recalls some of the more wistful, melancholy, late-summer-turning-to-autumn sounds of Surf's Up-era Beach Boys. If it's not exactly sunny music, it's at least only partly cloudy. But several short instrumental passages ("Hide," "Shimmer," "Dislocation") connect the more substantial songs, and the ever-shifting melodies suggest a musical zeitgeist that used to result, back in the day, in album titles such as Tales from Topographic Oceans and song titles such as "The Revealing Science of God -- Dance of the Dawn."

It's not as dire as it sounds, and there's no need to break out the capes. Yes, the intro to "Little Monster" reveals the classical-music-on-steroids approach that bands like Emerson, Lake, and Palmer and Yes worked, and frequently overworked, to distraction, and "Dislocation" features a mighty pipe organ solo that would have fit in perfectly on The Arcade Fire's "Intervention." But there is a distinct, organic warmth to these tracks, and a focus on song as song, two traits that could never be pinned on the ancient musical wizards. That warmth is most evident in Jesse's insistent drumming (listen to him slam on "Skin and Bone"), and in Casey's introspective, confessional lyrics and surprisingly soulful, soaring vocals. If Thom Yorke is an Ice Prince, then Casey Cooper is the ruler of a realm where spring is just around the corner.

In short, this is a very, very fine album. Call it Kid B if you must. I like to think of it as Hail to the Thieves. They've borrowed the best from the best, and made something entirely their own.

Really digging this album, too. I hope people take notice.

Hi Andy, It's Jeremy with Figureheads (we met at the Festival of Faith and Music at Calvin). Wondering if you'd consider reviewing Fire in the Soul yourself and possibly providing me with a list of media contacts we can pursue for both write ups and reviews to promote the non profit and the music.
Thanks!
Jeremy