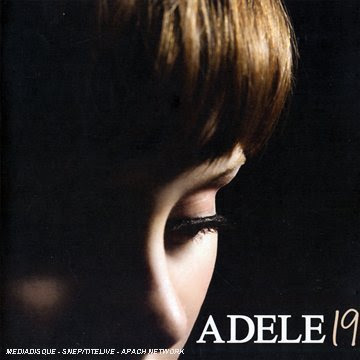 Members of the breathless British music press have hyped Adele as the next Amy Winehouse. She’s not. Where Winehouse traffics in updated Phil Spector and Motown, Adele takes her cues from Nina Simone and Dinah Washington. She’s an old-fashioned torch singer who is more beholden to blues and jazz than soul and rock ‘n roll. She’s also very good. The “19” of the title refers to Adele’s age, and there are some predictable problems in the songwriting. In the liner notes Adele states that she loves poetry; not to read it, you understand, but to write it. And the yearbook sentiments of the lyrics bear out the pitfalls of that approach. But she has a glorious, brassy, big voice which she uses to surprisingly restrained effect. She holds back on the robodiva scale trilling for the most part and finds some marvelous bluesy nuances in her phrasing, particularly on the elegiac “Hometown Glory.” She’s good now, and she’ll probably get better.

The Ting Tings – We Started Nothing

That’s for sure. They’ve started nothing, they’ve borrowed everything, and it’s only okay some of the time. English duo The Ting Tings steal wholesale from late ‘70s quirky pop bands The B-52s and The Tom Tom Club, creating nervous, jittery New Wave dance music. The problem is that they’ve taken everything but the fun. Except for the infectious single “That’s Not My Name” (an almost note-for-note cop of “52 Girls” from the debut eponymous B-52s album), there’s nothing here even remotely memorable.

Blind Pilot – 3 Rounds and a Sound

Uh oh. Another mopey singer/songwriter with an acoustic guitar. This one is named Israel Nebeker. He’s from Portland, Oregon, where it rains all the time. You’d be mopey too. But his melodies are lovely, his songwriting is literate, and he sounds a lot like what James Mercer of The Shins would sound like if he recorded a solo acoustic album. And there are trumpets, lots of trumpets. It’s quite wonderful. 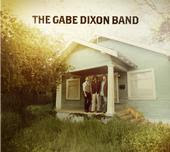 Gabe Dixon started out making jamband music, took a three-year detour to play and tour with Paul McCartney, and is now back after a lengthy hiatus. With his latest album, and his debut for Fantasy Records (out August 26th) Dixon stakes his claim as the next great Pop Piano Man. More soulful than Ben Folds, and far less irritating than the Elton John of the past thirty years, Dixon will remind you of Elton when he still had hair and was making albums like Tumbleweed Connection and Madman Across the Water. That’s high praise, and this is one of my favorite records of the year.

I really appreciate the words about Adele, since she keeps getting lumped together with Winehouse and Duffy. She really is in a different class than those two, even though I like all of them.

ANd I will check out the Gabe Dixon. Early Elton is what I dig.

While I'm still having fun with The Ting Tings. I'm guessing today's kicks just ain't what they used to be.

Glad to see you blog on Gabe Dixon. We crossed paths a way-long while back and I really liked his stuff. (His impromptu cover of "Tiny Dancer" was the highlight of another band's show!)