Prayers for People of Good Will 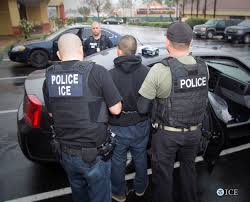 My wife routinely has to talk me down from the ledge.

"Pray for people of good will," she tells me. "Pray for people who believe in the image of God as manifested in human beings, who remember kindness and generosity, who will uphold the fundamental value of others who are not like you and me. They're out there. Pray that they act. And pray that they keep acting."

The latest ICE roundup, where agents of the U.S. government lasso brown-skinned mothers and toddlers and separate them from one another and ship them off to brutal, inhumane concentration camps, has been postponed. For two weeks. Miraculously, and perhaps in some inscrutable ways connected to prayer, it has been postponed.

Here is what is not inscrutable. It's clear as can be. The roundup was postponed because people of good will refused to cooperate with the request. Those people, including the mayors of San Francisco, New York City, Atlanta, Chicago, Baltimore, Denver, Houston and Los Angeles, instructed their police and city officials to actively hinder the work of the deportation agents. Big Brother with the orange hair said "Jump." And they said "No."

I am grateful for this. From a Christian theological standpoint, people will tell me that this contradicts Romans 13, where Christians are instructed to obey the governing authorities. From a Christian theological standpoint, I will tell those same people that it is never inappropriate to love and care for the least of these, and sometimes that means doing the right thing instead of the legal thing. There are countless examples throughout history.

The two-week reprieve doesn't really change the (im)moral landscape. Those brutal, inhumane concentration camps still exist. Parents and children are still separated from one another, living in the most squalid conditions, unable to bathe or brush their teeth. And Big Brother says this is just a temporary reprieve, and that in two weeks we'll do it all over again.

That's what my prayer life looks like these days. Yours?