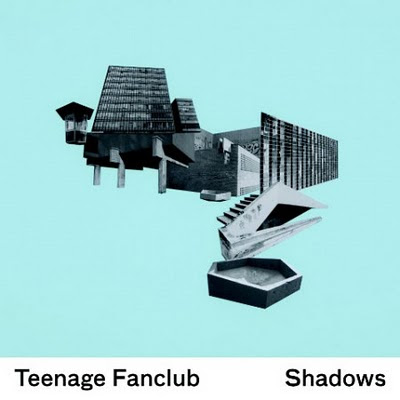 To their everlasting credit, the Fannies are incapable of releasing anything less than a thoroughly competent, tuneful album. And they've done nothing more, and nothing less, here. I have a great love for this band, and while there is a part of me that longs for the return of the glorious power pop of Grand Prix and Bandwagonesque, those albums are now fifteen years old or more, and in the meantime the three principle songwriters have settled into the comfortable (and softer) middle age that was presaged by earlier pastoral albums such as Songs From Northern Britain. They haven't been Big Star acolytes for a long, long time now.

So what we have here are a dozen supremely melodic soft rock songs characterized by sweetly strummed guitars and spot-on Byrds harmonies. There's one song that's a bit of a change up for the band; the chamber-pop-based "Dark Clouds," which features a string quartet and a baroque piano. The power pop peeks through, in a fairly subdued fashion, on "Baby Lee" and "Shock and Awe," but even on the relatively raucous latter song Gerard Love sings, "I favor a peaceful life." Indeed. The closest contemporary touchstone is the latest Band of Horses album, which reprises the same early '70s Laurel Canyon vibe, but with considerably less lyrical finesse. Middle age becomes these Scotsmen. They've toned down everything but the melodic gifts and the gorgeous singing. And if it's hard to get excited about that, I'm still grateful for consistent, longstanding excellence.
Posted by Andy Whitman at 10:05 AM