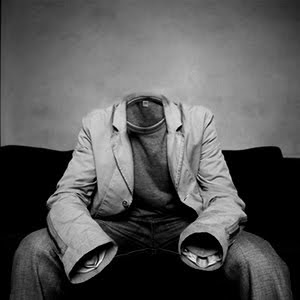 I used to think that the Meddling Boss was the worst affront facing the gainfully employed. I have come to discover that there is a worse fate, and that is the Totally Uninterested Boss. Not the Bored Boss. Everybody goes through phases when they're bored. This is the Totally Uninterested Boss, whose lack of concern about your work is matched only by his utter indifference to you as a human being.

I am wrapping up a 6-month contract assignment tomorrow. I start a new job Monday. During those six months, I believe that my boss has spoken to me for perhaps three minutes. My guess is that at least two of those minutes have been taken up by reluctantly mouthing the words "Good morning" after I have literally gotten in his face and said, "Good morning!!!" This is a company that went three years without anyone writing documentation for their software. What a nuisance that their customers couldn't figure out how to use it without someone, in this case me, coming in and writing manuals and developing online help systems. So now I'm finished. My work has never been glanced at, let alone thoroughly reviewed. I could have written "Press the Easy Button when you don't know what to do" over and over, my own little techno-geek tribute to Jack Nicholson in The Shining, and no one would know. But I didn't. I tried, in the absence of input and direction, to tease out how to use the software. And then I wrote about it.
By Monday morning they will have forgotten that I was ever here. I can't say I will miss the place. Perhaps sometime six months from now someone will glance over, puzzled, and wonder, "Hey, didn't somebody once sit in that chair?" But they won't linger long on the thought. There will be too much meaningful work to do.
Posted by Andy Whitman at 8:43 AM

I know exactly what you mean and how you feel.

Better that you are no longer there. So many bosses ignore the actual work involved and only look at the bottom line and make all their decisions that way. Those companies rarely last long.

Ummmm... does this feel like deja vu? Maybe reminiscent of some company you worked for in 2001 or so? : )

Of course not-- the boss there was much cooler than this guy.