Who Dominates Your iPod? 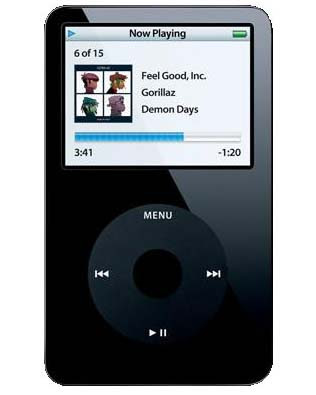 I was fairly certain I knew, but the results were still a little surprising to me. Here's what I found, listing only the artists who are represented by more than 100 songs:

Now all of this surely reveals something about my musical tastes. But it's still skewed. It doesn't, for example, account for any music I collected before, say, 1992, when I bought my first CD player and started collecting CDs. If I were to survey my music collection in terms of all music formats (CDs, MP3s, vinyl LPs, cassette tapes), I'm almost positive that the big winners would be Bob Dylan, Van Morrison, Miles Davis, John Coltrane, and Bruce Springsteen, in that order. I believe I have more than 100 albums by each of those artists, but most of them are scattered among vinyl LPs, and vinyl and cassette bootlegs.

The iTunes count is slightly misleading as well. Arthur Lyman?, you might ask. So might I. Arthur Lyman made a bunch of easy listening/exotica albums in the late '50s through the '60s, featuring xylophone and bird calls. No, I'm not making that up. I had to review his entire catalog for Paste a while back. Hence the ungodly number of ersatz tropicalia songs on my iPod, which, for some unfathomable reason, I've never bothered to delete. Robert Pollard is listed so highly only because he puts out a new album every other week or so. I need to purge there as well. The classical composers are listed by name, not by orchestra/conducter. Sorry, but I didn't buy Beethoven's Missa Solemnis because it was conducted by Herbert Von Karajan. And I like Sebadoh, but not that much. They're listed so highly because they released approximately 30 one-and-a-half minute songs per album.
Posted by Andy Whitman at 9:57 AM

Once you get some of the crap off, load that sucker up with some Coltrane, since I noticed that was THE glaring omission. You've already got Dylan, Van, Miles and Bruce on there, but no Coltrane??!

May God have mercy on your soul.

P.S. The word verification, quite appropriately, was "cringe."

Bill, I have dozens of Coltrane albums, but they're all on vinyl or cassette tape. I went through my Coltrane phase (well, it's not really a phase; at least I've never grown out of it) before the age of CD. Hence there is no Coltrane on my iPod.

Now that I think of it, most of the jazz I own is on vinyl. I'd have well over 100 songs each from Sonny Rollins, Duke Ellington, Billie Holiday, Charlie Parker, Dexter Gordon, Keith Jarrett, Ella Fitzgerald, Ornette Coleman, and probably several others I'm forgetting, but I don't curently have the ability to convert vinyl to MP3s.