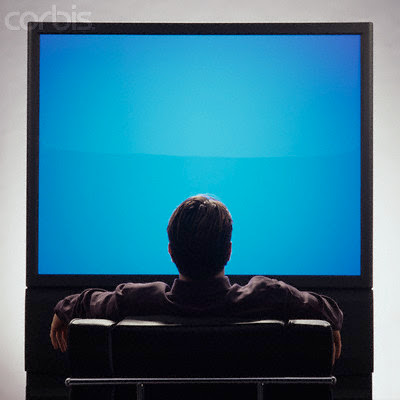 I have been subjected, yet again, to a diatribe from one of my friends on the evils of the liberal media.

Well, here's the real news: it doesn't matter what the liberal/conservative ratio is in the popular media. The problem is the popular media as a whole. When all the conservatives focus only on the Rush Limbaugh/Fox conservative spin, and the liberals focus only on the MSNBC/CNN liberal spin (or however you define it), then people simply talk past each other, and neither side is willing to consider the viewpoints of the other. We don't have news reporting. We have news shouting and histrionics, and the louder the better, or at least so the ratings would seem to indicate.

We now live in a nation where everybody majors in being offended. Me too, some days. It's our national character; the Great American Petulant Pout. And it comes because we take our cues from the media of our choice, which focuses on demonizing the other side. I think I'm going to quit paying attention, and I think this may be the most godly stance I can take. Turn if off. Start thinking for yourself.
Posted by Andy Whitman at 12:04 PM

Hey, Andy. It's Joann H. from college, who used to be in 17th Ave. with you. I found your blog a little while ago while searching on "Fish House Band" on the off that I'd find something online.

I don't see an email link here, which is why I'm writing this way. I looked for you on Facebook, too, but there are a ton of Andy Whitmans and I couldn't figure whether one of them was you.

Drop me a line if you get a chance. And, oh, do I agree with you about this post today.