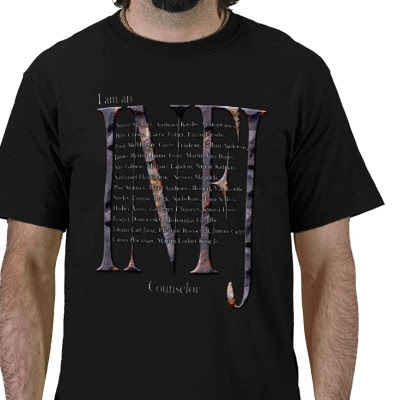 So, instead of relying on horoscopes and fortune cookies, Christians tend to rely on personality tests. I don't know why this is. All I know is that I have taken half a dozen or more personality tests over the years, many of them in church settings. I've taken the Myers-Briggs Type Indicator (INFJ for the curious, the same personality type as Carrie Fisher, Mel Gibson, Fred McMurray, and Tom Selleck, except, inexplicably, less photogenic). I've taken Tim LaHaye's Four Temperaments test, wherein I was categorized according to the four ancient humours: Sanguine, Choleric, Phlegmatic, Melancholic. It turns out I am a Mel-Mel, which means I see the world through black-colored lenses. Best to slit my wrists and end it now. Praise God. I've taken the "Discovering Your Spiritual Gifts" inventory, wherein, after answering a bunch of multiple-choice questions, I found out that I was a Prophet (note spelling; Profit would be a uselessly cruel descriptor these days). I've taken others, too, the color-based tests whose names I have now forgotten, where I found out that I was Blue and Yellow, respectively. I have no idea what the colors signified now. This week I have taken yet another personality test, this one designed to uncover my ministry potential, wherein I found out that my dominant color was Green and that the biblical personality I most resemble is Thomas. Thomas, you may recall, is the disciple best known for his expressions of doubt and skepticism, but who, as Tradition has it, later ended up carrying the gospel to India and being crucified upside down. So there is hope.

True to my skeptical personality, I think most of this bullshit. Here is a poem I like, written by Christian martyr Dietrich Bonhoeffer. I don't know that I'm much like him, either, but I'd like to be.

Am I then really all that which other men tell of?
Or am I only what I myself know of myself?
Restless and longing and sick, like a bird in a cage,
Struggling for breath, as though hands were
compressing my throat,
Yearning for colors, for flowers, for the voices of birds,
Thirsting for words of kindness, for neighborliness,
Tossing in expectation of great events,
Powerlessly trembling for friends at an infinite distance,
Weary and empty at praying, at thinking, at making,
Faint, and ready to say farewell to it all?

Who am I? This or the other?
Am I one person today and tomorrow another?
Am I both at once? A hypocrite before others,
And before myself a contemptibly woebegone weakling?
Or is something within me still like a beaten army,
Fleeing in disorder from victory already achieved?
Who am I? They mock me, these lonely questions of mine.
Whoever I am, Thou knowest, O God, I am Thine!
-- Dietrich Bonhoeffer, "Who Am I?"

"...and being crucified upside down. So there is hope."

Your blog made me sad for you but I could identify with not fitting into the mold that those tests put you in. Perhaps they are good for something but certainly not for discovering your true identity in Christ.

All I know is that we are worth the cost of God's Son...and that is where I get my best understanding of who I am...and is my source of hope.