There was something magical going on long before Peter Jackson transformed the rugged wilderness of New Zealand into Middle Earth. In the early 1980s, Dunedin music impresario Roger Shepherd founded Flying Nun Records. The rest is history, although it's history that is surprisingly little known in the U.S. Perhaps it's time to change that. Because from the mid '80s through the early '90s, Flying Nun Records put out the best music on the planet. And yes, I'm looking at you, Kurt Cobain and Eddie Vedder.

As with any "sound" associated with a city (Seattle, Athens, Austin), there is far more variety in the Flying Nun roster than can be reasonably captured by reductionist labels. Still, there was and is a distinctive Dunedin sound, and it is characterized by the lo-fi aesthetic and minimalist drone of The Velvet Underground and the jangly guitar work of Roger McGuinn and The Byrds. The resulting hybrid is one that has proven to be remarkably resilient, in part because straightforward garage rock and an emphasis on melody never goes out of style. The Flying Nun bands embodied those values as well as anyone. Above all, these Kiwi musicians know how to write superb melodies. If you don't believe me, check out the music of Crowded House and the solo albums of Neil Finn, which remain the most visible exponents of the sound (albeit not on Flying Nun). There are many other Flying Nun bands who did it just as well. Here are a half dozen of the great ones. 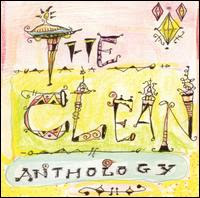 Here's where it all got started, and this compilation scoops up all the hard-to-find early singles and EPs. Comprised of brothers Hamish and David Kilgour and Bats co-founder Robert Scott, The Clean made quirky, angular punk music that owed as much to the Velvet's buzzing drone as it did to the bash-it-out approach of The Ramones. The music is noisy and discordant, but David Kilgour's pop hooks peak through again and again. Pavement, Yo La Tengo, and Camper Van Beethover all cite The Clean as a primary influence, and, in fact, it's hard to image albums such as Slanted and Enchanted and New Wave Hot Dogs without the beneficent precedent of this early indie Kiwi band. 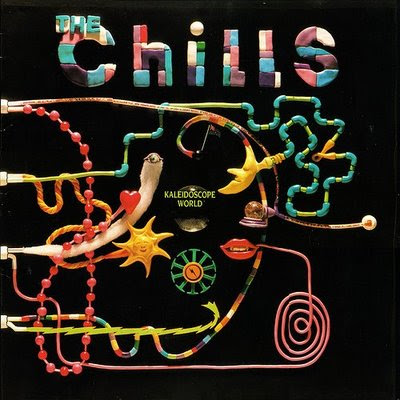 The Chills and principle songwriter Martin Phillipps achieved a modicum of success in the U.S. in the early 1990s with the album Submarine Bells and its signature song "Heavenly Pop Hit," which it almost was. Phillipps was two for three, and that's not bad. But I prefer the slightly early compilation shown here, Kaleidoscope World, which again collects some transcendent singles and EPs. Here the music is an effervescent mix of chiming guitars, sweet harmonies, and Syd Barrett/early Pink Floyd psychedelia, and features the most infectious whistling this side of an Andrew Bird album. 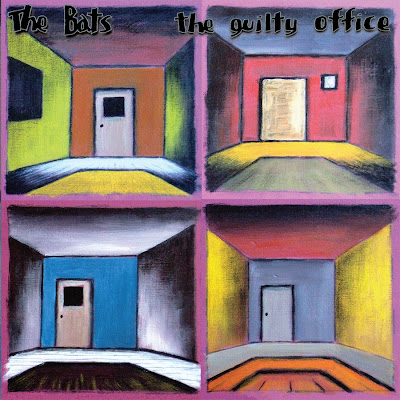 Here's the album that prompted me to pull out all those old cassette tapes and scratchy vinyl LPs. The Bats, headed by former Clean member Robert Scott, have been around for 26 years. They take their sweet old time, and their brand new release The Guilty Office, shown here, is only their seventh album. The most jangly of the Flying Nun bands, The Bats essentially make the same album over and over. That's okay because it's great jangle pop, with an undeniable propulsion that is lacking on The Byrds albums. Think early R.E.M. and you're in the ballpark, or soccer arena, or whatever sports venue can be found in Dunedin. 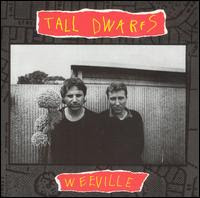 Now here's some seriously twisted stuff. Imagine two short guys, neither one of whom is named Gimli. The dwarfs, Chris Knox and Alec Bathgate, respectively, make distinctly experimental, lo-fi bedroom symphonies characterized by buzzing guitars, Syd Barrett freakouts, and organ drones. You also get clarinets, tape loops, and cut 'n paste editing. If you're a fan of Robyn Hitchcock and his surrealistic nightmare imagery, or, for that matter, the inspired psych folk of Neutral Milk Hotel or Elf Power, you'll probably love Tall Dwarfs as well. 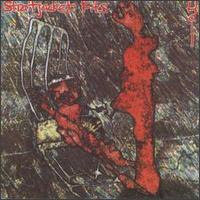 Here's the most dissonant of the Flying Nun bands, as well as the band most beholden to garage rock. There's a glorious din here, although the jangle and pop choruses still manage to emerge from the murk from time to time. This is their 1990 debut album Hail, which features a killer song called "Life in One Chord," which is both an accurate and impossibly incomplete summary of its contents. The rest of the album features songs with up to three chords, and lead singer/songwriter Shayne Carter's disturbing yelp. It's great, and not for the faint of heart. 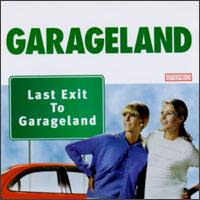 Originally touted as Flying Nun's answer to The Pixies, Garageland have never really achieved the acclaim that was their due. Certainly lead singer/songwriter Jeremy Eades has mastered the whisper-to-a-shriek dynamics of Black Francis (best heard here on lead single "Fingerpops"), but Eades is also a better-than-average balladeer, and his melodies never fail to impress. The album shown here, Last Exit to Garageland, is again a collection of early singles and EPs, and is arguably the band's best work. But the two followup albums are just as good, albeit in a slightly more commercial vein.
Posted by Andy Whitman at 9:34 AM

do one for scotland. scots wa-hey!

ps: glad you got to hang with emma sap.