Alt-Country Roundup: The Believers, The Von Ehrics, Jason Heath and the Greedy Souls

Alt-country music arguably peaked in 1995, with the formation of Whiskeytown, The Jayhawks' Tomorrow the Green Grass, Emmylou Harris' Wrecking Ball, Old 97's Wreck Your Life, Steve Earle's Train a Comin', and the releases of the debut Wilco, Son Volt, and Buddy Miller albums. Don't look now, but that was almost a decade and a half ago. In the meantime, the genre, which once seemed to breathe fresh, new life into hoary country music, has gotten a little long in the tooth. Tastes have changed, and the audience, for the most part, has moved on. That's most evident in the demise of No Depression Magazine, which championed this music throughout its history, and which closed its doors a year ago. But don't write off the old warhorse just yet. Here are three new albums that hearken back to the days when the music was a thoroughbred. One of them looks good in the starting gate, but never lives up to its lineage. The other two look like beat-up old nags, but really kick it into gear for that push down the backstretch. 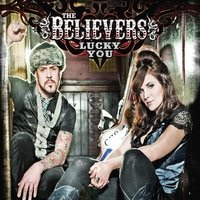 The Believers -- Lucky You

Seattle's The Believers -- singer/songwriters Craig Aspen and Cyd Frazzini, with help from members of Band of Horses -- play a slick brand of alt-country that owes as much to Heart and Foreigner as to Gram and Emmylou. The sweet harmonies are there, to be sure, with Aspen's raspy tenor blending perfectly with Frazzini's pure soprano. But the guitars and production are pure 1977 arena rock. Depending on your perspective, that's either a welcome return to a long-overlooked chapter of rock 'n roll, or a sad reminder of the music in its most corporate incarnation. Cyd has a big, brassy Pet Benatar/Ann Wilson voice, the kind that begs for radio airplay on AOR stations. The songs, for the most part, are hook-laden and memorable, with opener "Higher Ground" offering a soulful, country blues take on Hurricane Katrina, and the title track offering the most representative merger of singalong choruses and bludgeoning guitar hooks. Hit me with your best shot, indeed. My verdict: No win, no place, but a decent show. 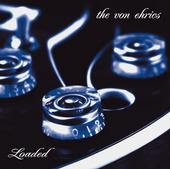 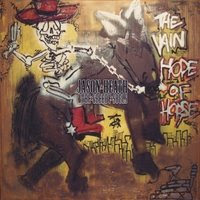 Jason Heath and the Greedy Souls - The Vain Hope of Horse

Here's the class of this field. Heath is an L.A. cowboy with a Tom Petty fixation, and he brings along some impressive buddies to help: Rage Against the Machine's Tom Morello, The MC5's Wayne Kramer, and Wilco's Nels Cline. Musically, this is fairly standard rootsy fare, with only Cline's mournful, inventive guitar work to distinguish it from hundreds of similar albums. But the songs are first-rate, and Heath spins out tales of down-and-outers that sound authentic and honest, and offers some political commentary that doesn't sound like warmed-over Steve Earle. Best of all is "Anarchist Girl," a left-field, left-wing love song to a girl who "throws a kiss just as good as she can throw a brick." The press release opines that the album is for those "who keep Springsteen and The Sex Pistols side-by-side in their record collections," and that actually sounds, for once, about right. It's a wonderful debut; ragged, soulful, and well written.
Posted by Andy Whitman at 8:26 AM

FYI, Andy,
A friend's husband was laid off Oct. 31 and started a new job March 1.
Hang in there.

I caught a live show of The Von Ehrics, then I bought the CD. Great CD. I can't get enough of it. If you get a chance check them out.