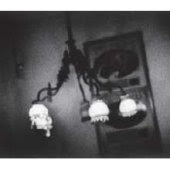 The recently deceased Madeleine L’Engle once said that said that she was immune to the effects of aging because she could so easily recall all the years that went before. When she was eighty, she claimed that she was also 21, and 35, and 50. The years ran together, the warp and the woof of an unbroken tapestry that stretched across a lifetime. It’s a sentiment that singer/songwriter Mark Kozelek must have taken to heart. April, his third album under the Sun Kil Moon moniker, is the perfect encapsulation of memory and longing. He conjures up the past again and again, mining his sometimes idyllic, sometimes dysfunctional Ohio childhood, his turbulent adolescence and young adulthood, all the lost loves who tarried for a time and are now gone, lost to everything but the mind’s eye. He could be singing about when he was fifteen. Or twenty five. Or forty.

It’s an approach that is fraught with potential melodrama and saccharine sentimentality, and it shouldn’t work. Nor does it help that Kozelek can’t write a concise song to save his brooding life, and three of the eleven songs on April stretch out to the ten-minute mark. Several more hover in the six-to-eight minute range. Impossibly, though, it works wonderfully. At a long, long 74 minutes, April is both an endurance test and a quietly remarkable example of how to sustain a mood across vast stretches of time. Unlike 2003’s masterful Ghosts of the Great Highway, Kozelek can’t be bothered here to mix it up very much. There are no cathartic rockers to relieve the beautiful drone of his songs. There’s only that drone; insistent, somber, the perfect distillation of sadness and regret.

It’s what he does. He did it for eight years as the leader of the Red House Painters, and for a couple more as a solo artist, and now he’s done it for five years as Sun Kil Moon. And if Kozelek simply writes the same album again and again, let it be noted that he does it better than anyone since Elliott Smith, and that he gives the blessed Nick Drake a pretty good run for his melancholy money. These songs are starkly, ravishingly beautiful.

Kozelek has two tricks: the acoustic crawl through mazes of memory and longing, and the slightly more sprightly Neil Young Godfather of Grunge electric exploration of memory and longing. The former is on display in lovely, haunted ballads such as “Moorestown” and “Harper Road.” The latter is on display in winding guitar workouts such as “Tonight the Sky” and “The Light,” although the electric guitars are mixed slightly in the background to bring Kozelek’s world-weary voice and lyrics to the forefront. Kozelek has no intentions of being a guitar hero. What makes it work is that his voice and melodies are perfectly, and I mean perfectly, pitched to convey the bittersweet overtones of lost love, but love nevertheless in all its complex glory. Like a musical Proust, Kozelek piles on detail after detail, and magically transforms his specific experiences – right down to character names and geographic locales – into something that sounds universally relevant. He simply captures the sound of sadness and loss. That's his gift, and he might do it better than anyone since Nick Drake.

“I have all these memories/I don’t know what for,” he sings early on. I do. What for is beauty. What for is the celebration of something fragile, ephemeral, and shimmeringly lovely. It can’t last. It never does. But for a while – for seventy-four minutes, in fact – Mark Kozelek makes it linger.
Posted by Andy Whitman at 10:19 AM

I like him. I'm looking forward to hearing the new album.

Sad, but not morose.

I'm listening to "Ghosts Of The Great Highway" as I type this (as a way to prepare for "April"), and I couldn't agree more.

A track like "Duk Koo Kim" just runs on and on and on for 14+ minutes, but Kozelek is so adept at layering and arranging all of the instruments -- guitars, drums, dulcimer(?) -- so that the song never feels top heavy. Instead, it all flows like a river, with each passing minute revealing another subtle, winding bend. And combined with Kozelek's world-weary vocals, it all works beautifully.

Here's the description I gave this album on my music review blog post earlier today:

"The songs are long, unwieldy, repetitive and incredibly perfect."

I'm not quite sure how he pulled it off,.. but he did so masterfully.