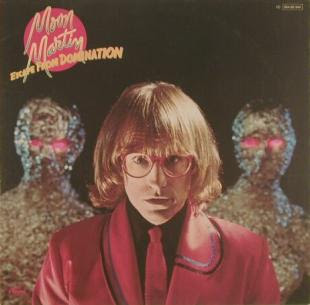 This isn't a quality to emulate, but I have great swatches of my music collection that are totally unexplored. And by "totally unexplored" I mean I've either never played the music or played it so long ago that I have no memory of ever playing it. So sometimes I rummage through the old, dusty stacks of vinyl looking to see what I might have missed. And this is what I find.

Okay, I played this one. Back in 1979. But it had, umm, been a while. Moon Martin may be the least likely rock star in the history of sorry rock stars. I mean, look at this guy. But his music is just fine; wonderfully catchy, hook-filled power pop about girls named Rolene and heartfelt laments about having no chance with the ladies (apparently Rolene didn't count, but she was no lady). Moon also penned the one-time omnipresent "Bad Case of Loving You (Doctor, Doctor)", which was a massive hit for Robert Palmer in the early '80s.

I pulled this one out because I liked the name. :-) I bought the album, I think, more than twenty years ago, part of a big vinyl pile that was never fully processed. My loss. Wow. Imagine the early '60s Dylan transplanted to Belfast, given over to local political concerns, and howling and raging for all his poetic worth. Good luck trying to find this one. My guess is that it's long out of print. But it's a gem. 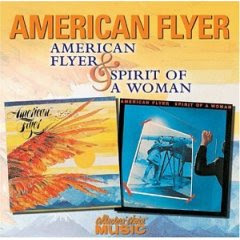 Two albums from the mid’-70s. American Flyer was a country rock band led by ex-Pure Prairie League singer/songwriter Craig Fuller. The band was also a prime example of a “supergroup” (featuring members from PPL, Blues Magoos, Blood, Sweat, and Tears, and The Velvet Underground) that fizzled. But given the raw ingredients, it’s hard to understand what went wrong. Primarily this is Fuller’s show, and he writes and sounds a lot like he did when he was writing great tunes like “Amie.” Nothing wrong with that. Maybe there was only room for one big-time band in this slot, and The Eagles had already taken it. Too bad. This band is better than The Eagles. 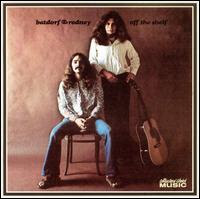 And who said the ‘80s were the Big Hair decade? The recorded oeuvre of folkies/soft rockers John Batdorf and Mark Rodney was a mixed bag (there were a lot of mixed bags around at the time; I used to buy them), but if you cherry pick from these three early-to-mid ‘70s albums, you can end up with one pretty great album that you’d swear was by Crosby, Stills, Nash, and Young. There are great harmonies here, and if you can get past the hippie dippie sentiments, you’ll also find some surprisingly deft fingerpicking. 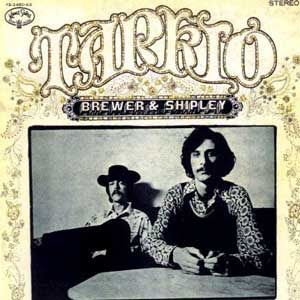 Okay, I surely didn’t miss this one. It was a mainstay for a long time. But I probably hadn’t played it in fifteen years or more, and I pulled it out not long ago. It was dated, and it was worth revisiting. With members of The Electric Flag and The Grateful Dead in the backing band (yes, that’s Jerry Garcia on pedal steel), Tarkio is one of the great monuments to the counterculture, featuring paranoid folky anthems about being hounded by The Man (“Fifty States of My Freedom”), dodging the draft (“Don’t Want To Die in Georgia”) and, of course, marijuana, the B&S calling card (“One Toke Over the Line,” which was, incredibly, a Top 40 hit in 1971). As a historical curio it’s both wince-inducing and priceless:

Oh mommy, I ain’t no Commie
Please let me do what I wanna
I just wanna lay around the house and smoke marijuana
Ooooh

It’s also surprisingly passionate and soulful. Mike Brewer and Tom Shipley made a half dozen or more decent albums. This one is still, far and away, the best.
Posted by Andy Whitman at 10:14 AM

Hey Andy - you might want to note that Batdorf and Rodney have a brand new CD releasing next week and it is pretty awesome. The lions share of the CD was recorded live at XM Radio, the Loft, last November (and broadcast this past February '08) plus there are two brand new "raising the bar" kinds of songs on there are well. The two new songs are up on John Batdorfs' myspace:
http://www.myspace.com/johnbatdorf and other info is available on his news section on his website:
http://www.johnbatdorfmusic.com/index.html#news
I think the whole CD raises the bar on bringing those songs forward into the new century -- it's all of the B&R signature songs that we loved so well and make it with people in the here and now PLUS two new really great songs.
Thanks for "listening" ... if you need more info, please contact me at meetmepresents@gmail.com
Jeanette