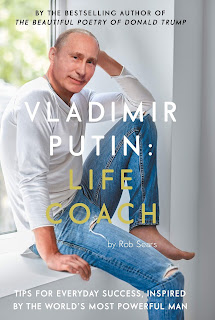 I know several people whose main breadwinning gig or sideline gig involves something called "life coaching." As far as I can tell, this is a relatively recent phenomenon that has emerged over the past 20 years or so. At least I don't recall hearing or reading about life coaches during my youth or young adulthood.

A quick Google search yields the following definition: A life coach is someone that looks to empower others by helping them make, meet and exceed goals in both their personal and professional lives.

And I have, oh, about fifty questions, but I'll try to be succinct.

Because I know a few of these folks, I can safely state that some of them are fairly accomplished individuals, particularly in a given professional realm. They've succeeded in the ways that typically define the American Dream. They've won accolades within their career fields. They've been promoted. They've earned a fair bit of money. And now they want to help others, which, in itself, is a noble goal. I assume that their motives are more or less altruistic, although a nice check following each life coaching session no doubt helps to grease the capitalistic life coaching rails. But I can't help but remember when these folks used to be known as "mentors," and when companies used to routinely assign these successful people to work with new, young, and up-and-coming "talent." And I get it. Corporate America ain't got time for that no more. You're on your own, Junior Bub, unless you hook up with a "life coach" who can help you.

From a narrowly-defined career perspective, this makes sense to me. If you're, say, a network engineer, you might want to look for a life coach who is also a network engineer so you can actually talk shop, but beyond that, have at it.

So it's only in the broader "personal lives" category that I have my qualms, mainly because I start worrying about qualifications. Who, on the basis of their personal life, is qualified to be a life coach? Someone who is fit, trim, and looks like a GQ model? Someone who works 80 hours per week and earns millions of dollars per year so he/she doesn't have to think about the wreckage they left behind at home? Someone who has mastered a couple dozen platitudes loosely organized around the "If you dream it, you can do it" Disney mantra, and can pass those along to gullible, needy people? Someone who is "happy" in a lobotomized way, and has never had to face inexplicable loss and tragedy? So what makes you such a great life coach, coach? And whose life is it, anyway?

I don't know. I'm cynical, I realize, but maybe living for a while has made me that way. I will tell you this, though: if your life coach has never dealt with tragedy and loss, you should sprint (or the closest approximation, given your age and girth) the other way. It will be better for your soul.

For what it's worth, here's what I recommend instead, and let me note that the price is right: friendships. Find some people who know you, quirks and irritations and all, and who still really like you and want to spend time with you. And talk with them.