Thank You For Your Service 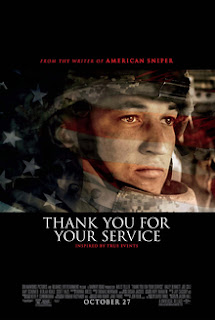 I grew up during the Vietnam War era. For a little while, I sweated out the prospect of being drafted, and I went down to my local Selective Service office on my eighteenth birthday and dutifully registered, as I was legally required to do. But the war was winding down by that point, and the tragicomic specter of Andy Whitman, PFC, was never a particularly realistic prospect.

Good thing. I’m not sure I would have showed up if the prospect had been more realistic. I knew people who cut out for Canada, and I also knew people who dutifully served in the U.S. armed forces. But I was not a fan of the military. At all.

More than anything else, the Vietnam War taught me to profoundly distrust the U.S. Government. I didn’t believe in the validity of the Vietnam War, and I still don’t to this day. It was a massive mistake that cost 50,000 American lives and physically and psychologically maimed hundreds of thousands more. It was horrific. It turned flesh-and-blood human beings and unique bearers of the image of God into cannon/mortar/machine gun/Agent Orange fodder, all for the sake of upholding a highly suspect ideological vision that Jesus would have rejected. And Jesus was increasingly becoming a focus of my life. I figured that LBJ and Nixon lied at the time, and history has borne out my hunches.

My view of the soldiers who served was deeply conflicted. On one hand, that “unique bearers of the image of God” label meant a lot to me. I hated, and I do mean hated, the useless carnage. It was such a waste of young lives. It wasn’t the fault of those soldiers, almost all of them ridiculously young and ridiculously poor, that they became interchangeable parts that were fed into the Maw of Death. Being turned into broiled hamburger on a battlefield was clearly not much of a bargain, and frankly, the living who came back didn’t get much of a deal, either, and I thought the general treatment of the returning Vietnam soldiers was deplorable. On the other hand, I couldn’t stand what the military represented. I was told to wrap my head around abstract notions such as Freedom and Liberty and instead I watched highly trained fighting machines who were hellbent on keeping people from being governed in the way they wanted to be governed. That didn’t, and still doesn’t, sound much like freedom and liberty to me.

Fast-forward 45 years. That’s another 135 Memorial Days and Veterans Days and Fourth of Julys, a holiday which used to be about independence and freedom from the tyrannical rule of empire, but now apparently means May Day Lite exhibitions of military strutting and imperial prowess. The cultural zeitgeist has obviously changed. And with it has come a corresponding change in the prevailing attitude toward the military. Good ol’ Nationalism (God bless it) has transformed natural ambivalence into full-fledged adoration, and “Thank you for your service” is now a prelude to a sort of uniquely American worship. Meanwhile, I’m still stuck in 1974, which means about the best I can muster is “I’m so sorry, you poor bastard.”

Maybe I should move to Canada. It was probably the right move back in 1974 as well. Love it or leave it, and I surely don’t love the abstract notion of God’s Own U.S. of A. nearly enough.