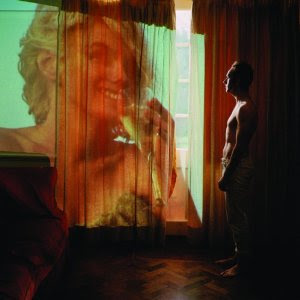 Glasvegas' sophomore album Euphoric Heartbreak falls victim to all the sophomore slump stereotypes. Bigger budgets mean more studio tricks, popularity leads to self-importance, and all the good songs got used up the first time. It's rarely a good formula, and it isn't this time, either.

The self-titled debut revealed a hungry Glasgow band that played to its strengths -- big, earnest anthems about grinding poverty, single-parent families, social workers, pints, skirts, and gang warfare. It was the world the band knew, and they put it across with buzzing Jesus and Mary Chain guitars and a singer who could out-emote Bono. For Euphoric Heartbreak they've hired U2 mastermind Flood to handle the production duties, and Flood does what he does, slathering on the synths, playing tricks with reverb, and generally smothering everything that made the band special in the first place. Just as problematic is lead singer/songwriter James Allan's newfound tendency to replace what he knows with Generic Uplifting Anthems. One is called "The World Is Yours." One is called "You," which features the stirring chorus of "You, You, You." One is called "Shine Like Stars," where James assures us that "Yesterday all my happiness seemed so far away/Now it looks as though it's here to stay." One hopes that Paul McCartney is feeling charitable. Then there's the puzzling "Lots Sometimes," during which Allan repeats the title mantra (I think about you lots sometimes/I wonder if you ever loved me at all lots sometimes) some thirty or forty times. That's lots and lots and lots. Too much, particularly for a phrase that is awkward from the start.

It's all deeply disappointing. To his credit, Allan still has those wall-rattling vocal chords, and he still declaims in a thick Scots brogue that mercifully obscures many of the more wince-inducing lyrics. But the frothy bombast of Euphoric Heartbreak is a major misstep. There is heartbreak here, all right, but precious little euphoria that doesn't seem forced and artificial.
Posted by Andy Whitman at 11:08 AM

Time to update your "About Me." Also, couldn't help noticing, in addition to the "Las Vegas" reference in their name, the additional reference to their home and language - Glaswegian. I'm told other Scots can barely translate Glaswegian. You must have had a lyric sheet.