Ten for a Quarter

Quick takes on my ten favorite albums from the first three months of 2010. 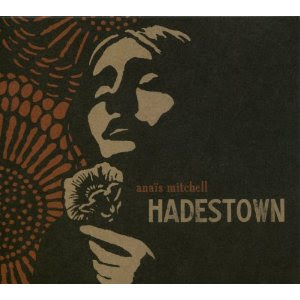 A musical for way, way off Broadway, Anais Mitchell’s stunning folk opera succeeds on many levels. It’s a brilliant recasting of the Orpheus and Euridice myth. It’s a pointed political commentary on what may be the downtrodden, cash-strapped America of 1933, or the downtrodden, cash-strapped America of 2010. And it features some wondrous ensemble singing, from Mitchell as Euridice, from Bon Iver’s Justin Vernon as a seductive Orpheus, from Ani DiFranco as Persephone, and, most notably, from gruff-voiced folkie Greg Brown, who imbues the lord of the underworld with both maniacal glee and Dick Cheney’s calculus of pragmatic deathdealing. 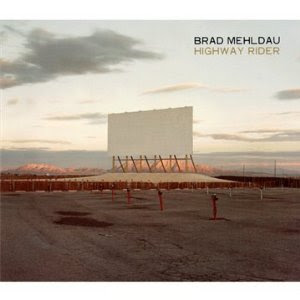 Jazz pianist Mehldau collaborates again with pop producer Jon Brion, and this time the results far exceed 2002’s tentative Largo. Brion brings the hip beats, and Joshua Redman lays down some silky sax lines, but it’s the interaction between Mehldau’s jazz trio and a full classical orchestra that really stuns. Most Third Wave albums are snoozefests. Not this one. It’s a seamless merger of jazz, pop, and classical music, and it threatens to give the Jazz-Classical hybrid a good name. 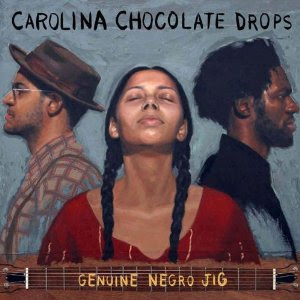 The Mississippi Sheiks, who had their heyday in the 1920s and 1930s, aren’t exactly prime hipster fare. So the fact that Carolina Chocolate Drops pay homage to them, and to other ancient black string bands, probably won’t win them any kudos in Brooklyn. But they succeed admirably in both drawing attention to neglected music and in pushing back the old boundaries, reviving several classic tunes, adding a handful of originals that are almost indistinguishable from the old material, and completely reworking Blu Cantrell’s 2001 R&B smash “Hit ‘Em Up Style” as a hoedown. 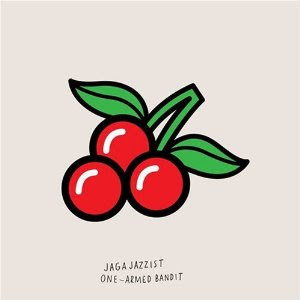 Once upon a time, long, long ago, jazz fusion did not elicit memories of noodling sax players and tame instrumental R&B. Jaga Jazzist is intent on reviving those old memories. One Armed Bandit is the kind of freewheeling, genre-defying, virtuosic album that Mahavishnu Orchestra and Miles Davis used to release in the early ‘70s. These guys have chops aplenty, led by Lars Horntveth’s dazzling keyboard work. But more impressively, they are bursting with creative ideas. The only criticism is that they sometimes try to do too much in too little time. But that’s a problem I’ll gladly live with. 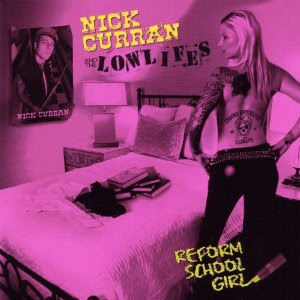 They don’t make records like this anymore. For that matter, they really haven’t made them since 1957, back when Little Richard was ripping it up and the pre-Army Elvis was making all the little girls weak in the knees. So if Nick Curran is guilty of little more than a revival of the rockabilly revival, which he is, it should also be noted that it’s hard to improve on unapologetic, manic rock ‘n roll. Cool stuff, daddy-o. 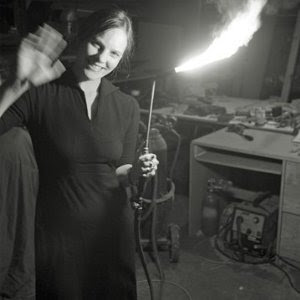 Niblett’s minimalistic approach – to say that she “solos” on the guitar would be charitable – simply leaves more room to appreciate the ferocious songwriting, wherein our intrepid heroine engages in breathtaking self-loathing, bitter invective, and an emotionally raw tug-of-war between the need for change and the ever-present pull to surrender to the void. This long and challenging album sounds like a suicide note from a Mississippi juke joint. But I could be wrong. I hope I’m wrong. 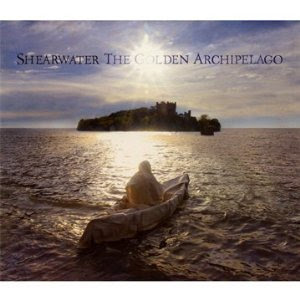 Except for a couple songs where Jonathan Meiburg indulges his inner Broadway star, The Golden Archipelago is understatedly lovely and contemplative. But it’s in those dramatic dynamic shifts where Shearwater excels. The transition from the exquisite calm of “Hidden Lakes” to the percussive explosion of “Corridors” is the stuff of open-mouthed wonder. This is another very fine album in an increasingly impressive catalogue. 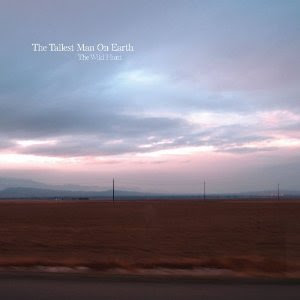 Dylan ’64 has already been done a thousand times, and furious acoustic strumming and high nasal vocals are usually enough to make me lose interest quickly. But what if, you know, somebody actually did Dylan ’64 about as well as Dylan did it back in 1964? And what if English wasn’t even his native language? Meet Sweden’s Kristian Matsson, AKA The Tallest Man on Earth. He’s foolin’ you. He’s only about 5’9”. But he sure sounds like Dylan ’64. 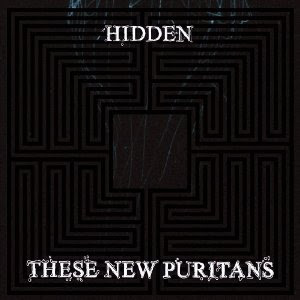 TNP’s 2008 debut Beat Pyramid was a fine post-punk album that was deeply indebted to Radiohead’s Kid A. Join the alienated throngs, kids. But it was no real preparation for Hidden, which skitters off in the same paranoid electronic direction, but then quickly detours into neo-classical territory with children’s choirs and heavy orchestration. “We Want War” is the best thing I’ve heard this year, even if it is utterly uncategorizable. Imagine John Lydon sneering to the accompaniment of Benjamin Britten’s War Requiem, and you’re close. 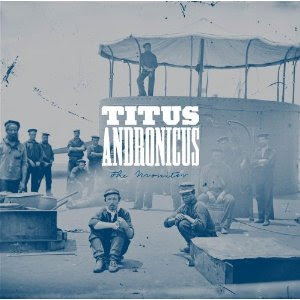 Ah, angry youth. Here Patrick Stickles can barely contain his disdain for anything and everything; principally his elders, the lousy economy, the broken American Dream, and the whole toxic state of New Jersey. Yelping with abandon, stringing together snippets of songs into ten- and fifteen-minute rants, and incorporating various rowdy Celtic bar band riffs and singalong choruses courtesy of The Pogues and Dropkick Murphys, Stickles and his drunken cohorts simply deliver a glorious mess. Album of the year? So far.

Has Fionn Regan's album been released in the U.S. yet? I've only seen it as an import, and I'm reluctant to pay $30 for my first taste of the whiskey.

I don't know. I've given up on trying to figure out how the CDs I receive corresond to official release dates. Suffice to say, I often receive them early.

The new Fionn Regan is very good. If the first album was indebted to the acoustic Dylan, this one is Fionn Goes Electric. I wouldn't pay $30 for it either, though. It's not that good.

I might suggest one for your next quarter, a bit of brand new brit-pop from Chapel Hill's great scene: http://brettharris.bandcamp.com/.