Just This Side of Pretentious

There is Close to the Edge (see ‘70s prog rockers Yes on the album of the same name). And then there is Over the Edge (see ‘70s prog rockers Yes on Tales from the Topographic Oceans). And it behooves musicians to know where the line is, and to stop on the right side of it. You go over the cliff if you mess it up. As a general rule, if the words “Suite” or “Opus” appear in a song title, or if songs employ Roman numerals, there’s a good chance that the line has been crossed. And it’s a long way down. 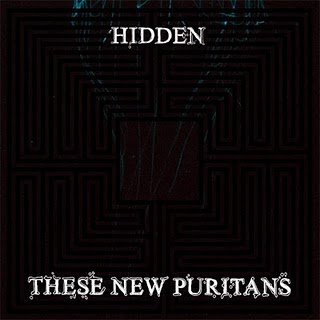 Now here's a surprise. I liked These New Puritans' 2008 debut Beat Pyramid well enough. It was a good Public Image Ltd. and Wire post-punk homage. But I wasn’t prepared for this.

“This” includes oboes and bassoons, trombones and tubas, Japanese percussion, a children’s choir, and a phalanx of vibraphones. Everything about that previous sentence screams “overblown,” but lead singer/songwriter Jack Barnett and his Southend, Essex bandmates push the music in decidedly unconventional and surprisingly varied directions, mixing up the influences to take in minimalist composers Steve Reich and Philip Glass, the hushed, introspective piano jazz of Bill Evans, the skittering beats of electronica stalwarts Autechre and Boards of Canada, and the sobering austerity of Benjamin Britten’s War Requiem. There are echoes of the past, to be sure, but the end result is unlike anything I’ve ever heard; classical electronica fueled by poetic paranoia. Barnett dispenses Kid A-influenced menacing non sequiturs, the horns and woodwinds sway gently in the background, and the skittish drums and electronica blips and beeps suggest a dystopian nightmare. It’s a brave new musical world, and it’s an early contender for album of the year. 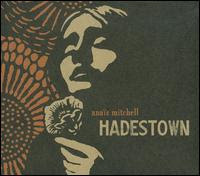 What we have here is a classic Greek tragedy dressed up as an American morality play and political editorial, and backed by musical accompaniment that ranges from folk ballads to indie rock, from ragtime to jazz, from blues to country. Whew.

This is the kind of musical offering that can just crush one’s hopes for a People’s Choice Award, but it’s a superb and frequently entertaining re-envisioning of a classic tale that also happens to be a ripping good story. Mitchell, who has a bit of namesake Joni’s soulful soprano in her vocals, sings the role of Eurydice beautifully, while Bon Iver’s Justin Vernon sings the role of Orpheus and brings an unexpected tenderness to several lovely songs. Other performers include Ani DiFranco as Persephone, The Low Anthem’s Ben Knox Miller as Hermes, and veteran gruff-voiced folkie Greg Brown as Hades. Jazz bassist Charlie Haden’s kids – Petra, Rachel, and Tanya – function as the Fates, and offer pointed, ironic commentary on the action. It’s a surpassingly strange and moving work, quite unlike any music I’ve ever encountered, and further evidence that weird can be wonderful, particularly when the lyrics are as insightful and the music as beautiful as this.
Posted by Andy Whitman at 1:56 PM