Great Music I Missed the First Time Around 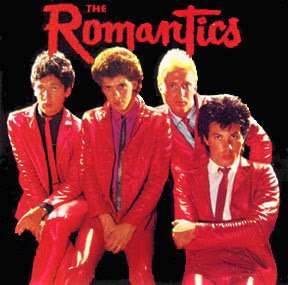 Well, sort of. Everybody, including me, has heard the big hit "What I Like About You." It's a classic takeoff on all those great garage rockers of the mid- and late-'60s. And every time I hear that one I want to go up down, jump around, think about true romance. But the whole album, which I've finally heard for the first time, has that primal garage rock quality that will never grow old. People really did make rock 'n roll in garages back in the day. I remember hearing Ricky Boles, at age 14 or thereabouts, bashing out chords with his bandmates in his garage four doors down the street from me. Ricky went on to make a couple blues-based rock albums and probably sold a couple hundred of them to friends and family. The Romantics sold considerably more than a couple hundred copies of their debut eponymous album, and with good reason. Sometimes you can't improve on three chords and a backbeat, handclaps, and band members who shout "Hey." Hey.

Wow--I forgot about these guys! I used to have this tape, but don't remember anything but their big hit. Now I am curious about the rest!

I usually get to see them live once a year they put on a great show. A couple of years ago they released a really good blues/rock CD titled "61/49" well worth repeated listens.