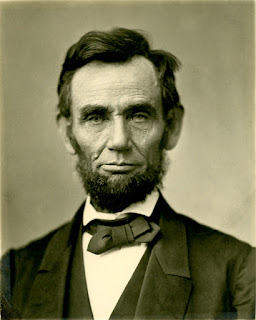 In the wilds of the online jungle, Abraham Lincoln has been credited with all manner of illustrious deeds and profound statements. Author of the Magna Carta, inventor of the Internet, first man on the moon, Abe was and is all things to all people.

That was from a letter Lincoln wrote to his friend Joshua Speed in 1855, back when he was just a struggling lawyer from downstate Illinois.

Why is that relevant today? It is relevant because despotism is alive and well, and because this very day, and for the past, oh, let’s say four years, Donald Trump has been openly asking foreign governments to interfere in presidential elections against his rivals. Yesterday, he asked not one, but two foreign governments to assist him in investigating his political rivals Joe Biden and Elizabeth Warren. Openly. Brazenly. And Republicans are allowing it to happen by doing nothing about impeachment or ensuring that elections are fair and secure.

In response, Ellen Weintraub, the chairperson of the Federal Election Commission, wrote yesterday, “Let me make something 100% clear to the American public and anyone running for public office. It is illegal for any person to solicit, accept, or receive anything of value from a foreign national in connection with a U.S. election. This is not a novel concept. Electoral intervention from foreign governments has been considered unacceptable since the beginnings of our nation. Our Founding Fathers sounded the alarm about “foreign interference, intrigue, and influence.” They knew that when foreign governments seek to influence American politics, it is always to advance their own interests, not America’s. Anyone who solicits or accepts foreign assistance risks being on the wrong end of a federal investigation. Any political campaign that receives an offer or a prohibited donation from a foreign source should report that offer to the Federal Bureau of Investigation.”

Want to hear something funny? Not ha-ha funny. Shake your head in disbelief funny. Ellen Weintraub can write whatever she wants, and she can write statements that are completely ethical and legal and well founded on the vision of American governance. But the Federal Election Commission can’t do its job. The federal agency that polices America’s elections is paralyzed because it doesn’t have a quorum to vote or to do a damn thing. Commissioners have retired and have not been replaced, and this is a pattern that has now gone on for the last several years. You know who needs to appoint and confirm new commissioners? Take a wild guess. If you answered, “Who are the President of the United States and the United States Senate, Alex, er Andy?” you win Double Jeopardy. Without the quorum the FEC can’t investigate complaints, issue opinions, or fine violators.

Huh. Is there someone who might benefit from this arrangement? Anyone? Bueller?

We are in chin-high shit as a nation, and we may very well go under. I think Abe Lincoln might have said that, but maybe not. He surely thought it. But I’m going to say it.

Here’s something else I’m going to say. If Donald Trump gets away with impeachable offenses, if the Republicans and the Cult, Evangelical and otherwise, just shrug at despotism, and turn a blind eye to blatant evil, then I’m gone. And I can’t wait to leave. If and when it comes to it, I too should prefer emigrating to some country where they make no pretense of loving liberty, or Jesus, or any other high-minded concepts or teachings or man-God persons who have been cruelly used and turned into objects of doubleplusungood propaganda to confuse and manipulate the muddled masses. I don’t think Russia would have me. But maybe Mexico. If I can get over or through the wall.