"These aren't people; these are animals."
- Donald Trump, April 5, 2019, describing people asking for asylum at the U.S./Mexican border

"Give me your tired, your poor,
Your huddled masses yearning to breathe free,
The wretched refuse of your teeming shore.
Send these, the homeless, tempest-tossed to me"
- Emma Lazarus, Words inscribed at the base of the Statue of Liberty

About once a week I encounter a Christian friend who tells me I am being too harsh; that all of the animosity would melt away if we just sat down over a cup of coffee or a meal. I've also encountered several "Just Chill" books of late, all written from the perspective of finding common ground. The latest is "Love Your Enemies: How Decent People Can Save America from the Culture of Contempt," by Arthur C. Brooks, the gist of which is that we can disagree without being disagreeable.

It's a noble goal. I like food. I like coffee. I enjoy hanging out with other human beings. And sure, let's be civil with one another. Can we perhaps start with the President of the United States?

This is not the first time Donald Trump has described immigrants as animals. He also did so in May of 2018 in a speech in which he also described the arrival of immigrants in this country as an "infestation," a term normally reserved for termites and cockroaches. I'll leave it as an exercise for you, dear reader, to research when in history the same terms have been used to describe human beings.

It seems to me that it should not be particularly morally complicated to state that the President's terminology, and his view of people with brown skin, is deeply abhorrent. If you're a Darwinian Survival of the Fittest devotee or otherwise a white supremacist, I can see where it might sound fine. But if you adhere to the ideals on which this country was founded, have at one time or another believed the advertising we've offered to incoming strangers for the past 140 years, or consider yourself a follower of Jesus Christ, then let's not agree to disagree. Let's agree to agree instead. Let's agree that the President's thinking is deeply anti-Christian and deeply anti-American.

Okay? And I'll be happy to sit down with you over dinner or a cup of coffee and agree with your agreement. If you disagree, then it's highly likely that I'm going to have a problem with you. I'll try to persuade you to follow the ideals and beliefs that you theoretically espouse. But there's no way in hell I'm going to view this as some sort of harmless disagreement and pass the creamer. 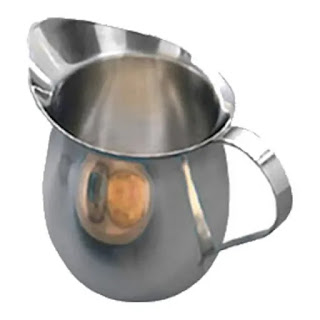