A heads-up for those who may not have started the always lifegiving task of filling out tax forms. You may be in a for a shock. I was.

Remember the changes to the tax code that were going to allow Americans more financial freedom to purchase memberships at Costco? Here's what those changes have meant for the Andy/Kate team for 2018.

Our taxable income was roughly the same (actually slightly less, because we plowed more money into retirement accounts). Our claimed deductions were the same (1 for me, 1 for Kate). Our charitable giving increased slightly. And our tax bill went up more than $4,000 from the previous year.

There are two reasons for this. First, our take-home pay, after taxes, went up. We knew that was the short-term impact of the tax changes. We just had no idea that the end-game shock would be so great. I'm not sure if it's possible to change one's claimed deductions from 1 (self) to 0. Perhaps that's what we need to do. Second, the tax breaks for charitable deductions have been severely, and I mean severely, curtailed. Whatever breaks you may be accustomed to because you give money away are virtually gone. You can and should, for the good of your soul, give your money away. It's a good thing. But MAGA World has now assured that you're not going to see tax breaks for doing so. 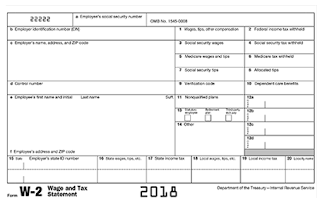