The Problem With Lists 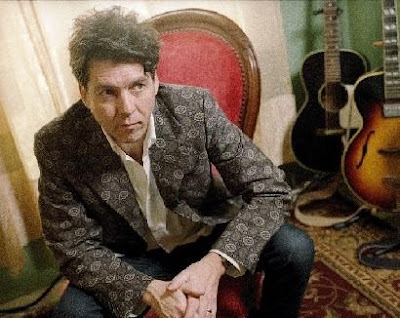 So, Paste has published their Top 50 Albums of the Decade list. And they got it so wrong. Where is Joe Henry? Bob Dylan? Nick Cave? Tom Waits? Andrew Bird? The Bad Plus? Neko Case? Buddy Miller? The New Pornographers? Bettye Lavette? Sun Kil Moon? Ezra Furman? Robert Glasper? Al Green? And the list goes on and on, probably well past 50.

I'm also scoffing at some of the "artists" who made it on to the list. Conor Oberst, the Singing Sheep, in the Top 10? Scandalous. Outrageous. Wrong. And baaaad. Evil, even.

But witness the power of music. I can just about guarantee that in the coming days Paste will be swamped with comments on this list, and that the outraged commenters will nominate, oh, probably five or six hundred albums that should have appeared on that Top 50 list. This is because music is powerful, there's a lot of it, much of it is good, and people respond quite viscerally to the albums/songs that have become intertwined with their lives.

It's totally baffling to me why Joe Henry doesn't have three albums in the Top 50 of the decade. I'm not kidding. He doesn't even merit a mention. And part of me really doesn't understand, because those Joe Henry albums are so wise, so beautiful, so far above, both musically and lyrically, some of the common pop pap that does show up, that I want to rend my nice, new business casual shirt and gnash my teeth and consign the lot of Paste critics who voted (minus myself; one has to have standards) to the outer darkness of Rolling Stone and/or Pitchfork. What the hell is wrong with these people?

The thing is, occasionally I remember that my exquisite tastes are not shared by everyone, and that some of those everyones actually appear to be astute, thinking human beings. Behold, I tell you a mystery: I do not run the universe. Damn. I hate that. I really do. So watch the comments roll in. Tally up the votes. Count how many albums actually get nominated for the Top 50. I'll chalk it up to the wonders of music, and that it remains a powerful force for beauty in the world, even as I shake my head in disbelief.
Posted by Andy Whitman at 1:39 PM

I like Paste, but I have found that "they" are not above indie rock snobbery, and it has been on the increase. When I first started reading (issue 4,) it was no so. The mag was a breath of fresh air. Now, aside from yourself and one or two other writers, they seem to try to impress each other.

The samplers are often full of filler, but they used to be a joy to behold!

It's sad. I just received a subscription renewal announcement, and I'm taking the time to think about it, rather than sign up at the drop of a hat.

I'm not that into the video games/book reviews/dvd reviews, so is it worth my money?

I could just read your reviews right here and be informed enough!

I would love to see your personal list, Andy.

Any chance of that?

I don't know, Brian. Here's a long answer to a short question.

Paste, as does every other web site/publication that will play the End of the Decade List game, makes some attempt to merge the concept of "quality music" with "music that will be familiar to the audience." But I was thinking about this yesterday, and I wonder if it's even possible to come up with a meaningful list anymore. The music world is so fragmented, and the means of musical dissemination are so varied and so tightly tied to niche markets, that I'm not sure what "Best" would mean in the context of the culture that Paste (or Pitchfork, for that matter) caters to. Hence, I wonder about the value of a personal list as well.

There was a time when "best" could correctly be interpreted as both "highly popular" and "high quality." Much of the best music of the 1960s fits into both categories. Thus, you have magazines like Rolling Stone compiling their canonical "Best Albums" lists, and nobody really complains that The Beatles and Bob Dylan and The Rolling Stones are featured prominently. Today? Paste's list isn't even 24 hours old, and already irate commenters have listed several hundred albums that they are absolutely convinced should have appeared on that Top 50 list. One commenter, answering editor Josh Jackson's question "What did we get wrong?" responded, "What did you get right?" Paste is apparently 0 for 50, with Irate Commenter (hereafter, IC) crowning himself the ultimate arbiter of musical quality.

Okay, fine. Some of this is inevitable, and to be expected, because everybody's a critic, and everybody is the #1 DJ on their own personal radio stations (mine is WHIT). But it struck me, looking at Paste's list and Pitchfork's list, just how very much of this music would be unknown to casual music fans. There simply are very few bands/musicians these days who have the kind of cultural clout to be universally recognized, and the ones who do have that kind of clout tend to make crappy music (Britney Spears, Michael Jackson, etc.). What's a good listmaker to do? You don't list crap as the best music of the decade. So you, by necessity, list relatively obscure music that will be unfamiliar to many people. That, in turn, leads to all the fun responses from IC. You're too obscure! Or you're too mainstream! The greatest music of the decade was made by a band in Selma, Alabama who have yet to record an album, but I'm telling you, the five people who heard it in the basement have had their lives changed, you lame-ass posers.

Is it worth making the lists? I don't know. After reading Paste's list, gauging my own reaction to it, and reading the ICs, today I'm inclined to say No. Why bother? It's a solipsistic exercise read by solipsistic music fans who will inevitably disparage the effort. In theory, these things ought to be fun. This experience hasn't been very fun for me, either as a participant or as a participant who now gets to read the outraged responses of the ICs. I'm thinking that I'll pass in the future.

Thanks for your thoughtful response.

I completely sympathize with your position.

Personally, however, I think that we enjoy similar styles/artists.. so my plan was to look at your Top 50 list for the decade and start buying the albums on your list that I don't have.