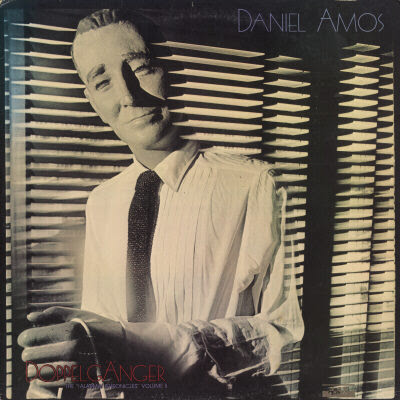 Back about, oh, 1981, I attended a Daniel Amos concert with Kate, later my wife, then a cute but unknown young woman. I was feeling the need to, uh, disciple her. Yeah, that was it. But I wasn't really sure who she was.

Midway through the concert Terry Taylor and the boys played "New Car," a song from their then new album Doppelganger. The chorus of the song goes:

The kids in the row in front of us left en masse. They just picked up their Bibles (they were the kind of kids who brought Bibles to concerts) and bolted. I guess they were offended by the perceived mockery of the gospel. I looked over at Kate and noted that she was laughing. Ding, ding, ding! This was the correct response.

Over the next few months I figured out that Kate was kind, smart, beautiful, and wise. Well, one of the four was readily apparent. The other three took some time. But Daniel Amos really helped to seal the deal. That was 28 years ago. Terry Taylor, wherever you are, I owe you a car wash.
Posted by Andy Whitman at 1:04 PM

You got a winner, Andy. We're all thankful for Kate in our lives.

I saw you on Sunday but didn't get a chance to speak.

Still lookin' for that lunch.

AWWWWWWW! Hope you're not in trouble.

Bill, as far as I know, I'm not in trouble. I'm pretty sure I'm not, but I've been known to be wrong about these things.

Hayseed, yes, I want to get together soon. I just started a new job, so give me a couple weeks to get acclimated. I'll shoot you an invitation once I feel secure enough to leave the building. :-)

Jerry, I owe you that carwash, too. Thanks. I hope that the past three decades have brought you a succession of new cars, and even better, less material things.

It's long past the 80s and I still don't have a rocket pack.