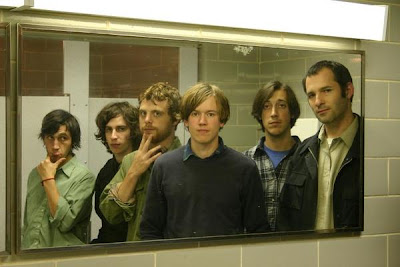 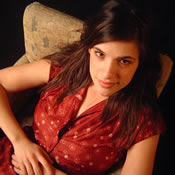 It's a great time to be an indie music fan in Columbus, Ohio. I caught my buddy Matt Beckler (with full band!) at Skully's Sunday night. I loved the new sound.

This Friday (2/20) offers the indie extragavanza of The Kyle Sowashes (you have to admire the chutzpah of a guy who names a band after himself), Frontier Ruckus, Southeast Engine (pictured above) and The Coke Dares (basically terrific Bloomington, Indiana band Magnolia Electric Co. without Jason Molina) at Andyman's Treehouse, 887 Chambers Rd. There will be many beards.

I've written about Southeast Engine several times here. They're celebrating the release of their new album From the Forest to the Sea, which I review in the next issue of Paste. You need to see them. As an added bonus, you get three other bands, two of which I can vouch for. Frontier Ruckus is a terrible name for a band, but they sound great, and incorporate banjos and trumpets into the same Americana songs. And The Coke Dares are amazing, and remind me of what Guided By Voices would sound like if Black Francis/Frank Black was fronting the band. I'm not sure about Kyle, but I'll give him the benefit of the doubt for his cojones.

Next Saturday night (2/28) we get Boston band Gretel at Cafe Rumba on Summit St. just south of Hudson. I've written about Gretel, too. Reva Williams (also pictured above) is one of my favorite songwriters, period, and she'll bring her big, soulful voice and poetic songs of angst and dis-ease. For those of you who like songs written from a distinctly Christian sensibility, but which are a million miles removed from CCM, you're in for a treat. You'll also hear musical saw.

Come on out and join me if you're able.
Posted by Andy Whitman at 10:39 AM

See you at the Treehouse!

I don't know if you've seen them before, but I've been a big fan of Wussy and their co-lead Lisa Walker for a long time. They play Cincinnati mostly but are up to Columbus quite a bit, too. She's got a lovely voice and is an amazing songwriter. Check out some home recordings of her on her myspace page:

"Little Paper Birds" and "Jonah" are the shit. I could see you digging "Motorcycle" from Wussy's first record "Funeral Dress" quite a bit.

I dig your blog quite a bit. Chin up on the employment front.

I wish I could be there when Gretel plays, but alas, I'm not going to be in Ohio... Somebody should tell their saw player about the Musical Saw Festival in NYC (if you don't know about it: www.MusicalSawfestival.org).

hi, i saw gretel in nyc in november 2007 and (with the help of fiddle master megan palmer) helped bring them to columbus last april. can't WAIT for the show this weekend! glad to find another local gretel fan!

I'll be there. Stop over and identify yourself, identify. I'll be the balding fat guy with the grey beard and the hearing aid. You know, your typical rock critic. My wife has silver hair. My guess is that we won't be too hard to pick out in the crowd.

And although I don't know Megan Palmer, I know of her work, and I love it. She played fiddle on my buddy Matt Beckler's album.